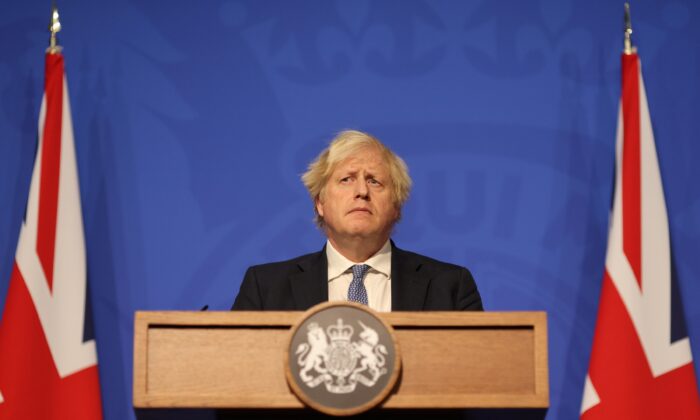 British Prime Minister Boris Johnson has come under increased pressure as his chief press officer is reported to have attended a lockdown-breaking Christmas party last year.

Johnson has been attempting to move on from the crisis sparked by allegations that a Christmas party was held in Downing Street on Dec. 18, 2020, when indoor socialising was banned under COVID-19 restrictions.

On Wednesday, the prime minister ordered Cabinet Secretary Simon Case to conduct an internal investigation into the allegations, and senior aide Allegra Stratton resigned after a video emerged showing her joking about the alleged gathering.

But according to an ITV News report on Thursday, Johnson’s director of communications Jack Doyle, who was deputy director at the time, attended the party, at which he made a speech to up to 50 people and handed out awards.

Downing Street told the PA news agency that they refused to comment further other than to say a fact-finding review was ongoing.

Deputy Labour leader Angela Rayner said: “The investigation has only just published its terms of reference and we are already seeing more details from the media than the Cabinet Office about the parties.”

Separately, Johnson is also facing fresh questions over the refurbishment of his Downing Street flat after the Electoral Commission fined the Conservative Party on Thursday for failing to report relevant donations properly.

Labour accused Johnson of having “lied” to his standards adviser Christopher Geidt by saying he did not know who was behind the payment.

In an interview with The Telegraph, Starmer suggested that Conservative MPs should now oust Johnson from Downing Street.

Geoffrey Clifton-Brown, who is treasurer of the influential 1922 Committee of backbench Tory MPs, said on Thursday that Johnson needs to “get a grip” on all these issues.

“What we need from all of this is a really straightforward version from the prime minister on all of these serious issues,” he told BBC’s Newsnight. “All of these things need to be investigated and the truth must come out.”