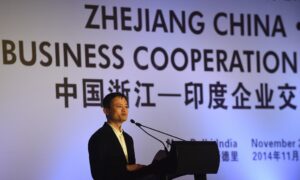 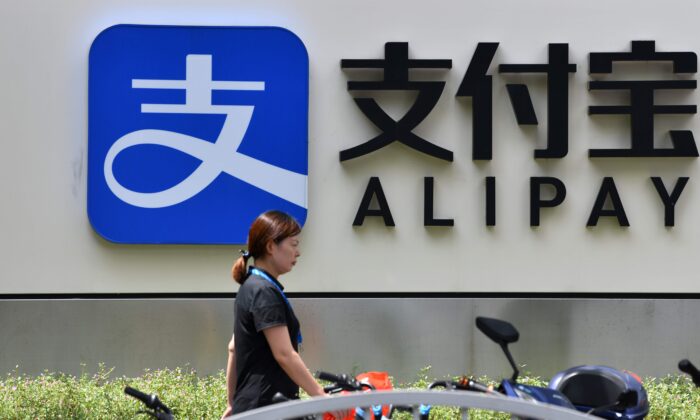 A pedestrian walks past an Alipay logo at the Shanghai office building of Ant Group in Shanghai, on Aug. 28, 2020. (HECTOR RETAMAL/AFP via Getty Images)
Politics

Pressure Mounts on Chinese Fintech Giant Ahead of Blockbuster IPO

WASHINGTON—The U.S. government may soon blacklist a Chinese financial technology firm tied to the Chinese regime, ahead of its initial public offering (IPO), which is poised to be the world’s largest stock listing.

The Trump administration reportedly is considering putting Ant Technology Group on a trade blacklist known as the “Entity List” due to national security concerns. The move would restrict U.S. companies from doing business with the Chinese fintech giant, which is the parent company of China’s largest digital payment platform, Alipay.

Controlled by billionaire Jack Ma, founder of Alibaba, the company is preparing for a blockbuster IPO in Shanghai and Hong Kong. This has raised alarms in Washington as a sizable portion of the funds raised is expected to come from U.S. investors.

Ant Group’s prospectus discloses potential financial technology and e-commerce sectoral risks. It also cites U.S. sanctions as risks to the company’s business. However, it largely ignores the risks arising from the company’s ties to the Chinese Communist Party (CCP).

The company and its partial owner Alibaba play a crucial role in severe human rights abuses by the Chinese regime, according to the Committee on the Present Danger: China (CPDC), a Washington-based advocacy organization.

The group recommends that Chinese companies that are affiliated with China’s military or People’s Liberation Army (PLA) and placed on the U.S. Entity List be deregistered from U.S. exchanges and stripped from all indexes and exchange-traded funds.

“When you’re investing in a company like this, that is effectively owned by and controlled by the CCP, you are betting on the success of the CCP,” Brian Kennedy, chairman of the CPDC, told The Epoch Times.

“How many Americans would really want to do that?”

The fintech giant raises concerns as its technologies are used by the CCP and PLA to oppress the Chinese people. It is also a participant in building China’s controversial social credit system, which tracks every move and purchase of Chinese citizens.

“I think that the Wall Street investment banks who are pushing these things have little to no appreciation of what’s going on. And if they do, they’re being deceptive about it,” Kennedy said.

In the letter sent to the president, the CPDC accuses large U.S. investment banks of actively promoting massive transfers of wealth from the U.S. capital markets to the CCP.

Goldman Sachs, JPMorgan Chase, Morgan Stanley, and Citigroup are joint sponsors of Ant Group’s IPO. The company aims to raise nearly $30 billion from the dual listing in Shanghai and Hong Kong, which could mark the biggest IPO of all time.

Reuters reported on Oct. 14 that the U.S. State Department has initiated the process of having Ant Group added to the entity list.

The White House and the State Department didn’t immediately respond to a request for comment from The Epoch Times. The Commerce Department declined to comment on whether it would add the company to its trade blacklist.

“I would say all praise to the Trump administration and the State Department for putting the application in to have the Ant Group listed on the entity list,” Kennedy said.

However, he predicted that this move would cause tensions between the State Department and the Treasury Department.

The administration is trying to find ways to protect U.S. investors but the process has been slow, according to Kennedy.

“I think they’re trying to find a regulatory way of getting around all this. Secretary Mnuchin and his team at the Treasury very much believe in global trade and finance and want to do everything they can to facilitate this. So it’s going slow.”

“At a time when Congress, the Administration, and democracies around the world are sounding the alarm about the Chinese Communist Party’s repression of Hong Kong in a flagrant violation of Beijing’s commitments, Wall Street’s pursuit of profits above all else will only legitimize China’s subversion of Hong Kong’s rule of law,” he wrote in a statement to The Epoch Times.

“The Administration should take a serious look at the options available to delay Ant Group’s IPO.”