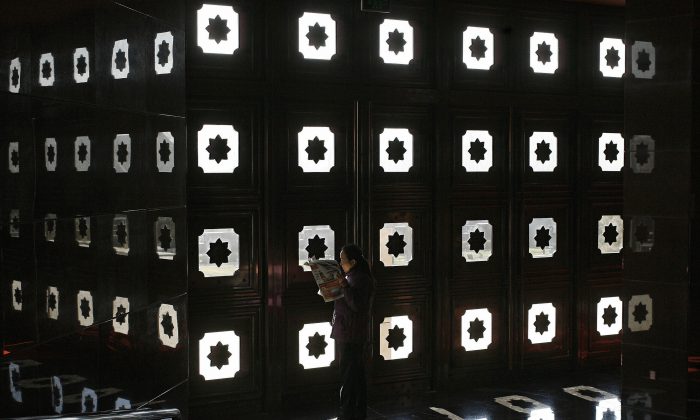 A woman reads a newspaper at the Museum of the War of Chinese People's Resistance Against Japanese Aggression, in Beijing, on Dec. 27, 2006. (Frederic J. Brown/AFP/Getty Images)
HK Life

Press Freedom Is Under Attack Around the World

The 2016 edition of the World Press Freedom Index published by Reporters Without Borders is out, and the news is not good. According to the group, “there has been a deep and disturbing decline in respect for media freedom at both the global and regional levels.” This trend, which started in 2013, shows no sign of abating.

The interactive map of the index allows the reader a detailed view of problems in individual countries. The freest media continue to be those of northern European countries, with Finland leading the way, followed by the Netherlands, Norway, and Denmark. Central Europe has seen a decline as Poland (ranked 47) and Hungary (ranked 67) have passed new media laws that impact state-run media.

It is troubling to find that the United States, which enshrined freedom of the press in the First Amendment to the Constitution in 1787, only ranks 41 out of 180 countries. (The U.S. is up from 49th last year.)

The main problem is the Obama administration’s controlling attitude towards the media—its unprecedented crack-down on whistleblowers, and the lack of legal protections for journalists who refuse to reveal their sources.

Other regions of the world show authoritarian governments tightening the screw on free media. In Russia, (ranked 148) the government is steadily encroaching on the few remaining independent media left, and the public is inundated with strident and nationalistic propaganda. The Chinese (ranked 176) have built the formidable “Great Firewall” against the Internet to control blogs and social media and has almost total control over other media sources. Journalists can be jailed for “making unauthorized criticisms.” Reporters Without Borders lists Chinese President Xi Jinping as a predator of press freedom.

With Bodies Piling Up, the War on Mexican Journalists Has No End in Sight

Apart from the world’s most repressive regimes, North Korea (ranked 179) and Eritrea (180), the Middle East, Africa, and parts of Latin America provide the most disturbing examples of the extreme dangers faced by some journalists today.

The extreme barbarism towards journalism of the Islamic State in Syria and parts of Iraq creates black holes from which almost no news can escape. In parts of Africa, journalists feel pressure from governments on one hand and terrorists on the other. And in Latin America, drug cartels are every bit as brutal as the terrorists of the Middle East towards the media.

The trends recorded by Reporters Without Borders worldwide are part and parcel of a general decline in freedom and democratic governance over several years. They are in part attributable to the retreat from world leadership of the United States and, with it, its Western allies.

Why ISIS Is Killing Journalists