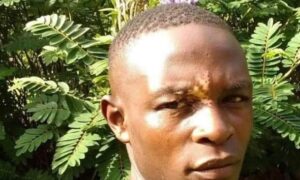 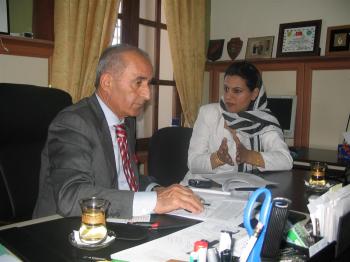 Afghan journalist Farida Nekzad interviewing Hekmat Chiten, the head of NATO in Afghanistan, in 2006. Journalists in Afghanistan are increasingly at risk, according to a new report. (Photo courtesy of IWMF)
World

Press Freedom in Afghanistan on the Decline

Genevieve Belmaker
Genevieve Belmaker is a former reporter and editor with The Epoch Times.
View profile
Follow
biggersmaller
Print
Press freedom in war-torn Afghanistan is regressing to a Taliban-era level of restrictions, according to a recent report. Reporters Without Borders (RSF), a Paris-based press advocacy organization, visited Afghanistan in January to survey the current situation.

“Because of the deterioration of the situation, some of them feel that they are back to a sort of Taliban situation,” said Vincent Brossel, Asia Director for RSF. Brossel spent a little over a week traveling throughout Afghanistan and interviewing local journalists. Brossel found that the situation is grim, and threats against working journalists are common. RSF also found that the Afghan Interior Ministry has been largely ineffective and even inactive in providing help and support.

“In fact, they [the Interior Ministry] don’t take action and their investigations rarely go to the end,” said Brossel, who points to the case of slain journalist Zakia Zaki. According to Brossel, she was killed by warlords and her murder was never “seriously” investigated. “Even the Interior Ministry once put pressure on her husband because he was asking for justice.”

Farida Nekzad, a veteran journalist of ten years who lives and works in Afghanistan’s capital city, Kabul, says the greatest danger that journalists face comes from the dual threat of warlords and the Taliban.

“Warlords and people in power will kidnap,” said Nekzad by telephone from Kabul. “People cannot express their problems [through the media] because they have guns, they have power, and they don’t accept the law—they have their own laws.”

Nekzad was recognized for her work in late 2008 when the International Women’s Media Foundation gave her a “Courage in Journalism” award.

According to the RSF report, armed opposition—especially from the Taliban—is the main perpetrator of a climate of insecurity for the press. The Taliban is known to kidnap members of the press, make threats by telephone, and has been accused of spying. The coming year does not promise to bring great improvements, especially in light of the upcoming presidential elections in August.

“The Afghan press will be exposed to every kind of danger in 2009,” a representative of the United Nations Assistance Mission in Afghanistan said in the RSF report. “The security situation and pre- and post-electoral tension will require the utmost vigilance on our part.”

Currently, there is no solid legal protection for Afghan journalists, although a law is under consideration by the federal government. The country is an Islamic republic where the constitution prevails, but article 130 of the constitution has become a loophole for the courts to prosecute those accused of blasphemy.

According to RSF, intellectuals, journalists, bloggers and ordinary citizens who have attempted to open up debate and discussion on sensitive topics are particularly at risk from this loophole. Approximately ten such people have been arrested, prosecuted, jailed, and some were even forced to leave the country. Exact numbers were not available.

In October, 2007, a young journalism student, Perwiz Kambakhsh, was arrested in the northern city of Mazar-i-Sharif for downloading an article about the role of women in Islam. Kambakhsh, who is serving a 20-year sentence in a jail in Kabul, was allowed to speak briefly with RSF in Afghanistan. He said his court hearing in January, 2008 for his alleged crime was a sham.

“It was not a court, it was more like a martial court,” Kambakhsh told RSF during their brief meeting, adding that he was not allowed to defend himself. “They took me there just to announce to me that I had been sentenced to death.”

There has been at least one confirmed case and five unconfirmed cases of journalists killed in Afghanistan in 2009.