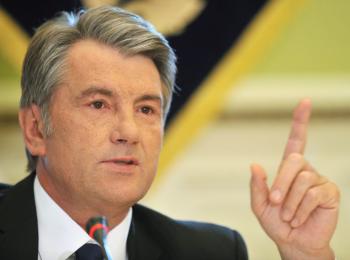 Andrey Volkov
View profile
Follow
biggersmaller
Print
The budget for the Jan. 17 presidential election in Ukraine is dramatically underfunded, according to the Central Election Commission of Ukraine (CEC).

The CEC stated on Dec. 18 that, during 2009, the cost of preparing for the election was funded at only 0.6% of the total anticipated need.

In a letter posted on his Web site Dec. 22, Ukrainian President Viktor Yushchenko requested that Prime Minister Yulia Tymoshenko personally facilitate the allocation of money to fund the preparation of the presidential election. The relations between the president and the prime minister are known to be contentious at times.

"To ensure constitutional electoral rights of Ukrainian citizens, I request that the necessary steps be taken urgently," Yushchenko said.

Both Yushchenko and Tymoshenko are candidates, along with former premier Viktor Yanukovych. Yushchenko defeated Yanukovych in 2004 in the surge of the populist “Orange Revolution.” Yushchenko's popularity has since dwindled to the point that the race for the upcoming election is considered to be only between Tymoshenko and Yanukovych.

Last week, the CEC requested that the government increase funding for the election in the 2010 draft budget from 21.65 million hryvnia (US$2.7 million) to 1.12 billion hryvnia (US$142.4 million). It is known that the CEC does not currently have sufficient funds to pay its own employees.

Parliament has not yet adopted the budget for 2010. It is probable that the budget will not have been approved by the end of this year, because there are many amendments that need to be refined by the government. Officials plan to consider the budget in early January.

Earlier this week, Jerzy Buzek, the president of European Parliament visited Kyiv. He said that Europe could provide financial assistance to Ukraine, but Brussels would be deciding the purpose and the amount itself, according to Ukrainian TV channel Inter.

Last week 50 long-term observers from 17 European and Asian countries came to Ukraine. They had previously gone to all 24 regions to monitor the preparations for the election.

The two long-term observers will work in each region, periodically sending reports to the head office.

In addition, on polling day, another 400 short-term observers from the European Network of Election Monitoring will arrive in Ukraine.