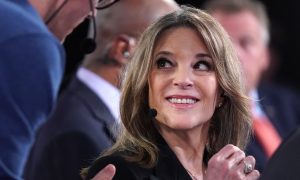 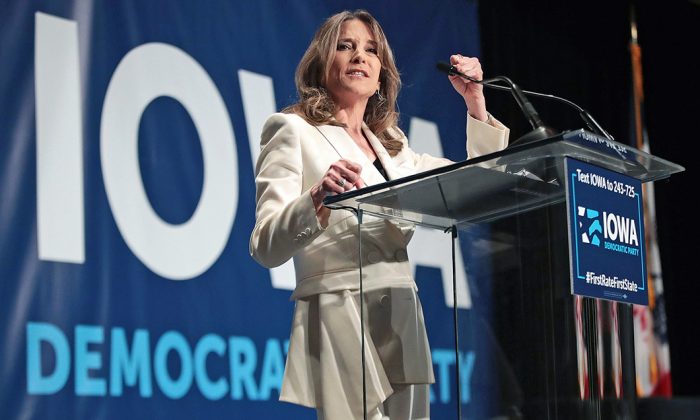 A former president and principal founder of the Democratic Party should not be glorified in the White House a U.S. presidential hopeful said in Iowa on Aug. 19. Also, his medals should be stripped,

If U.S. presidential candidate Marianne Williamson (D) wins the 2020 election, she would like to see a portrait of former U.S. President Andrew Jackson permanently removed from the White House Oval Office and his medals of honor rescinded, according to CNN.

“If and when I’m president of the United States, we will begin by taking that picture of Andrew Jackson off the wall of the Oval Office.” Williamson was speaking at the Frank LaMere Presidential Candidate Forum at the Orpheum Theater in Sioux City, to an audience of Native Americans. “I am not a Native American woman, but I find it one of the greatest insults.”

Author Marianne Williamson pledged Monday to remove a portrait of President Andrew Jackson from the Oval Office if elected president, calling the portrait’s current placement “one of the greatest insults” to Native Americans https://t.co/xqsu5xPIBM

“The first thing we’ll do is take down that picture of Andrew Jackson.” https://t.co/GWGIro9JJp

After being elected as the nation’s seventh president, Jackson was often commended on his rise from being the humble son of immigrants to getting elected to the highest office in the country. He achieved many military victories in battles against the United Kingdom in the War of 1812.

However, spiritual author Williamson accused Jackson of causing violent conflicts between Native Americans and the U.S. government during the 1830s after he signed the controversial Indian Removal Act. The legislation authorized the president to discuss the relocation of southern Native American tribes to federal territory west of the Mississippi River in return for white people settling on their ancestral lands.

She expressed her dissatisfaction with Jackson’s decision to relocate the Native Americans along what is dubbed the “Trail of Tears.”

“It is one of the great shames, the great pockmarks on the heart of the psyche of American history,” she said, according to CNN. “This is not a president who should be shown the honor of his portrait hanging in the Oval Office.”

She promised to bring a “new era of American history” with Native Americans.

“We can atone, we can make amends,” Williamson said, according to Fox News.

WILLIAMSON: “We can atone, we can make amends… We will begin by taking that picture of Andrew Jackson off the wall of the Oval Office.” https://t.co/07nQ97aOTz

Although Williamson has previously supported compensation for victims of slavery, she did not promise any financial reparations for Native Americans. She described their history as a “more complicated situation.”

Williamson would also like the education system to teach children about how the United States mistreated Native Americans.

“It is time for us to do some very important, deep, and powerful repair work,” she said, according to Fox News.