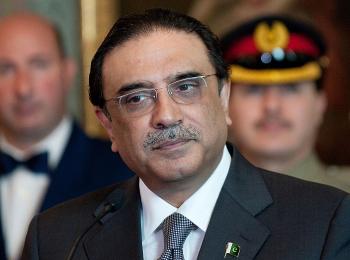 biggersmaller
Print
Pakistani President Asif Ali Zardari said the international community is loosing the war with the Taliban in Afghanistan because the Afghan people do not trust that the military will bring them a better future, he said in an interview with French newspaper Le Monde.

“We lost the battle of conquering the hearts and minds. … The people do not associate the intervention of the coalition with a future well-being.”

The president said that economic development would prove to Afghanis that the coalition will improve their lives.

President Zardari still plans to meet with British Prime Minister David Cameron Friday in spite of the PM’s breach of conduct. While in India on July 28, Cameron warned Pakistan against promoting any "export of terror" to India or elsewhere.

Zardari told Le Monde that he would look the prime minister in the eyes and explain that Pakistan has lost the most in human lives in the Afghan war.

“A frank discussion will bring a little peace,” Zardari said, in a translation of the interview.