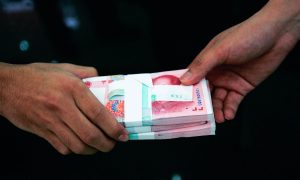 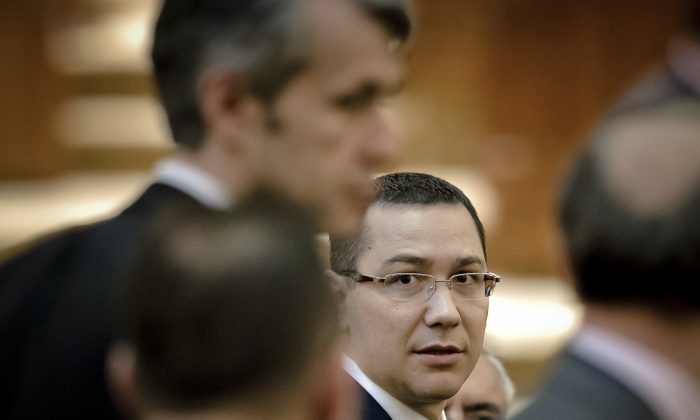 BUCHAREST, Romania—Romania’s president on Friday urged Prime Minister Victor Ponta to resign over corruption allegations including tax evasion and money laundering. Ponta refused, saying that only Parliament could dismiss him.

President Klaus Iohannis said after meeting Ponta that it was “an impossible situation for Romania for the prime minister to be accused of criminal acts.” Iohannis warned that Romania could be embroiled in a political crisis if he did not resign.

The 42-year-old premier had met earlier with the anti-corruption prosecutor’s office and then told reporters he was suspected met of making false statements, money laundering, conflict of interest and being an accomplice to tax evasion. He had not previously been identified as a suspect in the anti-corruption drive.

In a posting on his Facebook page, Ponta vowed to fight.

“I cannot accept that the anti-corruption prosecutor is above Parliament, the government and the citizens of this country!” he wrote. “That would mean a dictatorship and 25 years after the 1989 (revolution) would be a grave error for all of us!”

Prosecutors say that between 2007 and 2008, Ponta, a former prosecutor, made a contract with the law firm of political aide Dan Sova. Under the agreement, Ponta allegedly had 17 expense accounts worth 181,000 lei (41,000 euros, $45,000) approved by Sova’s firm that were not related to legal work payments toward two luxury apartments and the use of an SUV vehicle.

The contract expired when Ponta was appointed a government minister in 2008, and he took over lease payments for the vehicle the following year, prosecutors said.

After he became prime minister in 2012, Ponta appointed Sova minister for parliamentary relations.

Ponta, chairman of the ruling Social Democratic Party, ran for president in November 2014 but lost to Iohannis, who headed the rival Liberal Party.

Ponta’s party counts on the support of smaller parties for a slim majority in Parliament.

The prosecutors have asked Parliament to prosecute Ponta. The allegations relate to his work as a lawyer from 2007 to 2008 when he was also a lawmaker for the Social Democratic Party.

Members of Parliament are immune from prosecution unless there is a vote to lift their immunity. Sova has beaten two attempts to lift his immunity.

Ponta is the most prominent suspect to be identified as Romania’s anti-corruption drive has intensified in recent months.