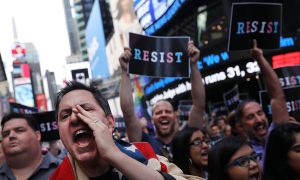 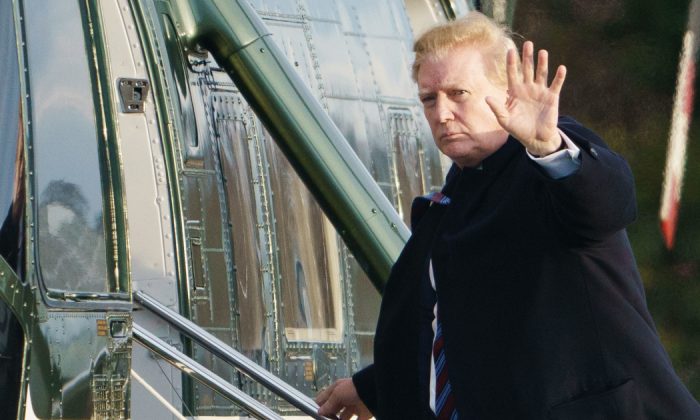 Rasmussen Reports, which carried out the daily tracking poll, said it was Trump’s “highest level of approval since shortly after his inauguration,” which was around March 2017.

Some 47 percent of respondents disapproved with the job he’s doing.

According to Rasmussen, former President Barack Obama’s approval rating on Feb. 11, 2011, was at 50 percent.

“Daily tracking results are collected via telephone surveys of 500 likely voters per night and reported on a three-day rolling average basis,” the pollster stated, adding that its “margin of sampling error for the full sample of 1,500 Likely Voters is +/- 2.5 percentage points with a 95 percent level of confidence.”

A few days ago, Trump also tweeted about having a 50 percent approval rating.

It comes a week after Trump made his landmark State of the Union address, which addressed a number of topics, including the trend of socialism in the United States and comments on abortion. Right after his address, Trump’s approval rating rose by several points.

No president ever worked harder than me (cleaning up the mess I inherited)!

Trump is set to visit the Texas border city of El Paso for a rally. Ahead of that, dozens of Trump supporters gathered near the southern border near Sunland Park, New Mexico, and formed a small wall, chanting “build the wall.”

On Twitter, Trump said if necessary, Americans will have to “build a human wall.”

“Tremendous numbers of people are coming up through Mexico in the hopes of flooding our Southern Border,” said the president, adding, “If we had a real Wall, this would be a non-event!”

Last week, the Pentagon approved sending about 4,000 U.S. troops to the border as Congress grapples with Trump’s demand for $5.7 billion to help fund the wall. The impasse led to a monthlong partial government shutdown.

Acting White House chief of staff Mick Mulvaney said during news show appearances on Feb. 10 that Trump might be willing to compromise on the $5.7 billion for the wall, according to The Associated Press.

“Someplace in the middle,” Mulvaney said on NBC’s “Meet the Press.”