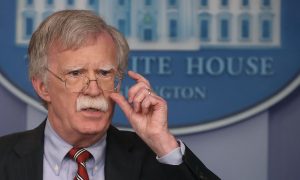 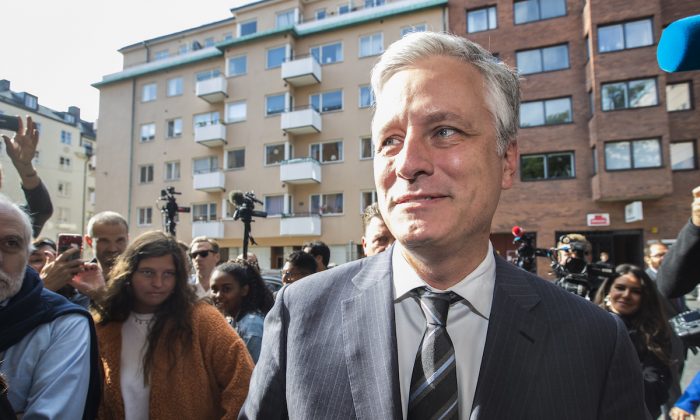 President Donald Trump said on Sept. 18 that he will name Robert C. O’Brien as the new national security adviser to replace John Bolton, who abruptly resigned earlier this month.

“I am pleased to announce that I will name Robert C. O’Brien, currently serving as the very successful Special Presidential Envoy for Hostage Affairs at the State Department, as our new National Security Advisor,” Trump said in a Twitter post. “I have worked long & hard with Robert. He will do a great job!”

I am pleased to announce that I will name Robert C. O’Brien, currently serving as the very successful Special Presidential Envoy for Hostage Affairs at the State Department, as our new National Security Advisor. I have worked long & hard with Robert. He will do a great job!

O’Brien, who was a Major in the U.S. Army Reserve, is currently working as an aide to Secretary of State Mike Pompeo and leads the administration’s diplomatic efforts on overseas hostage-related matters. Prior to that role, O’Brien served as co-chairman of the U.S. Department of State Public-Private Partnership for Justice Reform in Afghanistan.

Earlier in the year, O’Brien was sent to Sweden to follow the criminal case there against rapper A$AP Rocky, who was found guilty of assault in August.

O’Brien was among a shortlist of candidates Trump was considering for the role, the president told reporters on Air Force One en route to California on Sept. 17. Along with O’Brien, Trump said he was also considering Ric Waddell, Lisa E. Gordon-Hagerty, Fred Fleitz, and Keith Kellogg.

When remarking on O’Brien, the president called him “fantastic.”

O’Brien will replace Bolton, who was dismissed from his position on Sept. 10 because he “wasn’t in line” with what the Trump administration wanted to do.

“I wish John the best. We actually got along very well. I’m sure he’ll, you know, do whatever he can do to, you know, spin it his way. John came to see me the night before,” Trump said.

“And I told him, ‘John, you have too many people, and you’re not getting along with people. And a lot of us, including me, disagree with some of your tactics and some of your ideas. And I wish you well, but I’d like you to submit your resignation.’ And he did that.”

O’Brien graduated from the Boalt Hall School of Law at U.C. Berkeley and is the co-founding partner of the litigation firm Larson O’Brien LLP in Los Angeles.