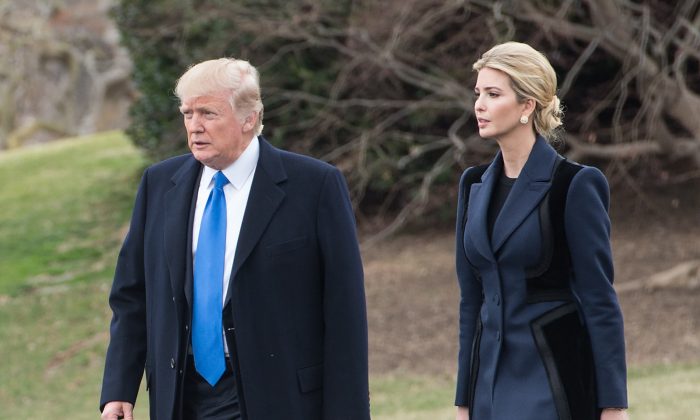 US President Donald Trump and his daughter Ivanka walk to board Marine One at the White House in Washington, DC, on Feb. 1, 2017. (NICHOLAS KAMM/AFP/Getty Images)
US

Trump tweeted on Wednesday that she’s “been treated so unfairly by @Nordstrom.” The president added that she’s “a great person—always pushing me to do the right thing! Terrible!”

Last week, the clothing chain said it won’t sell Ivanka Trump’s clothing and merchandise, saying that it was based on the sales performance of her brand.

“Each year we cut about 10% [of brands carried] and refresh our assortment with about the same amount,” a representative for the chain told Business Insider. “In this case, based on the brand’s performance we’ve decided not to buy it for this season.”

My daughter Ivanka has been treated so unfairly by @Nordstrom. She is a great person — always pushing me to do the right thing! Terrible!

Ivanka Trump has formally stepped down from leading the brand. Her husband, Jared Kushner, is a senior adviser to Trump, and while Ivanka doesn’t have an official role within the White House, she has influence.