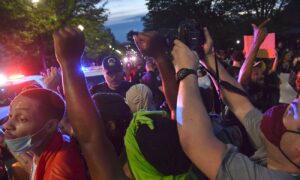 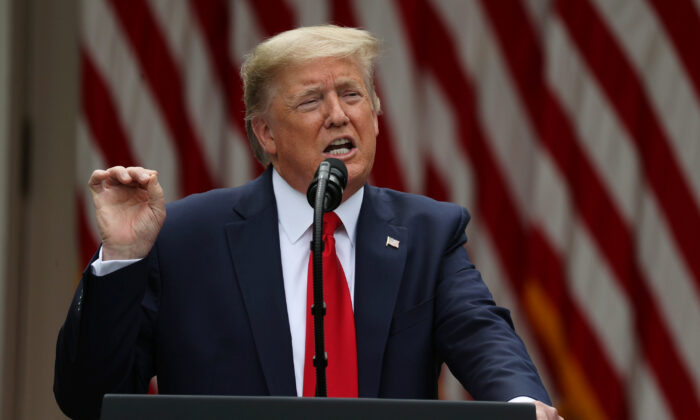 President Donald Trump makes an announcement about U.S. trade relations with China and Hong Kong in the Rose Garden of the White House in Washington on May 29, 2020. (Reuters/Jonathan Ernst)
Trump Administration

President Donald Trump signed the holocaust education bill H.R. 943 into law on Friday, according to a statement issued by the White House, coinciding with the Jewish holiday of Shavuot.

The “Never Again Education Act” will create a fund for the United States Holocaust Memorial Museum to expand middle and high school educational materials to promote a better understanding of the events that happened during the Holocaust, according to the White House.

“This legislation will help ensure that future generations know and remember the tragic history of the Holocaust, reflect accurately on how evil and intolerance briefly overcame humanity, and how the strong march of American-led freedom across Europe ended the genocide of the Jewish people.”

The statement further indicated that “anti-Semitism continues to exist in the world and anti-Semitic incidents have increased in America since 2013,” and that the problem needed to be addressed and confronted, and ultimately, condemned.

The issue had been prevalent back prior to the events of the Holocaust, and together with the totalitarian National Socialist German Workers’ (Nazi) regime, led to the events of an “annihilation on a scale the world had never known.”

The White House added that through proper education of the events that had unfolded, people could prevent similar atrocities from happening again.

“Consistent with this bill’s name, the United States will not stand for the mass persecution and mass murder like that perpetrated during the Holocaust,” the statement read. “This Administration will always work to ensure future generations never forget the Holocaust, that they condemn racial hatred of all types, and that they always work to protect the right of all people to worship freely.”