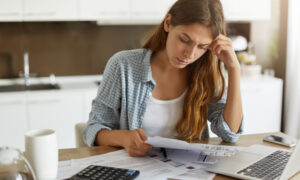 Your Money: A Coronavirus Emergency Plan for Paying Your Bills
0 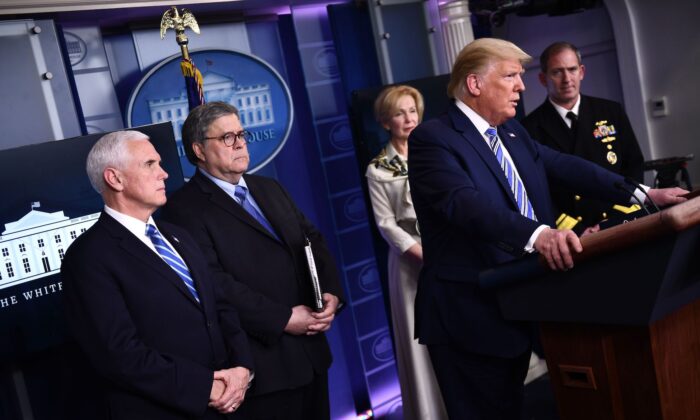 President Donald Trump confirmed that his Administration will extend the deadline for States to comply with the Real ID security requirements. The president told reporters that because of the social distancing requirements initiated to combat the CCP (Chinese Communist Party) virus, citizens cannot be standing in lines at the DMV.

“I’m also announcing that we’re postponing the deadline for compliance with REAL ID requirements. At a time when we’re asking Americans to maintain social distancing, we do [not] want to require people to go with their local DMV.  We will be announcing the new deadline very soon.”

The Real ID Act was a security measure that was enacted after 9/11 and requires basic and uniform standards for how licenses are issued across the United States and Federal agencies cannot accept “for certain purposes driver’s licenses and identification cards from states not meeting the Act’s minimum standards.”

The Department of Homeland Security previously set Oct. 1, 2020, as the date travelers had to have the Real ID, but has not yet announced the new compliance date.

“The already difficult task of bringing the country closer to REAL ID compliance is now clearly impossible due to the coronavirus crisis. Clearly the administration understands that the economic damage of coronavirus is already massive, and as we move toward a recovery phase it would be terrible if the REAL ID deadline hits and creates yet another obstacle to people traveling. To get this economy moving again, people need to be able to move again.”

“Montanans should be worried about keeping their families healthy, not standing in line at the DMV to fill out government paperwork,” Tester said. “This measure will help slow the spread of the coronavirus and ensure Montanans remain compliant with the law while keeping Montana families safe.”

U.S. Travel Association further clarified why the extension is necessary, as citizens’ anxieties about the CCP virus make staying healthy a priority, not standing in line at their local DMV.

“As of October 2019, an estimated 99 million Americans do not have a REAL ID-compliant driver’s license or an acceptable alternative identification (e.g. passport), and a majority of Americans (57%) are unaware of the October 1, 2020 deadline for enforcement. This could mean tens of millions of passengers are turned away on October 1, 2020 for not having the necessary documents to fly.”

Whenever the new compliance date is announced, any person 18 years of age and older will need a REAL ID-compliant driver’s license, state-issued enhanced driver’s license, or another acceptable form of ID to fly within the United States.

A star at the top of the card distinguishes REAL ID-compliant cards.

DHS originally announced the Real ID as part of a comprehensive national security strategy. The Real ID would enable law enforcement officials to vet travelers and trust that they are who they claim to be.

The REAL ID Act, was first passed by Congress in 2005 enacts and recommends that the federal government, “set standards for the issuance of sources of identification, such as driver’s licenses.”