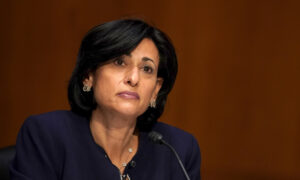 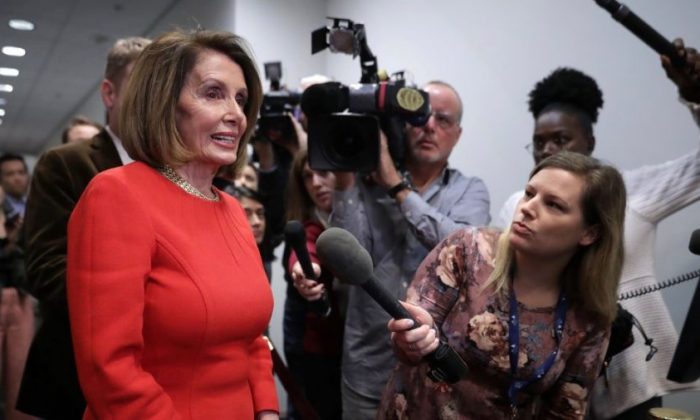 President Trump has reiterated his support for Democratic Party Rep. Nancy Pelosi to hold the highest position in the House of Representatives.

The President tweeted on Nov. 17, “I can get Nancy Pelosi as many votes as she wants in order for her to be Speaker of the House. She deserves this victory, she has earned it—but there are those in her party who are trying to take it away. She will win!”

I can get Nancy Pelosi as many votes as she wants in order for her to be Speaker of the House. She deserves this victory, she has earned it – but there are those in her party who are trying to take it away. She will win! @TomReedCongress

Trump also tweeted how support for Pelosi right after the midterm elections.

“In all fairness, Nancy Pelosi deserves to be chosen Speaker of the House by the Democrats. If they give her a hard time, perhaps we will add some Republican votes. She has earned this great honor!” Trump tweeted Nov. 7.

Pelosi held the speaker position from 2007 to 2011, and is looking to get elected to the position again now that Democrats have a majority of representatives in the House.

Democratic Rep. Seth Moulton has been vocal about opposing Pelosi’s bid to lead the House. The Massachusetts congressman has worked to turn some members of his party against Pelosi and has helped recruit Pelosi challengers, The Washington Post reported.

Pelosi thus far does not have an official challenger and is preparing for the Jan. 3 vote. But a challenger supported by Moulton is thinking about running. Marcia L. Fudge, a Democrat from Ohio, might join the race as well, the Post reported.

There are also Democrats pushing back against the resistance to Pelosi. Pelosi was the first female Speaker of the House and her allies want her to take the position again. Her lawmaker allies have been circulating a letter in which they have pledged to support her, The Hill reported.

Despite Pelosi holding the precedent as the highest ranking female politician ever, her detractors at the forefront think that she doesn’t represent diversity.

“When you look at the people who support this party the most, they are women and African Americans and especially African American women,” said Fudge, who is an African-American woman, via Cleveland.com. “We keep talking about diversity, but there is nothing diverse about the top of our ticket. We have to not just talk the talk, but walk the walk.”

Pelosi’s supporters point to her track record and ability to accomplish things.

“No one has her legislative chops or wealth of experience,” said Rep. Gerry Connolly, a Democrat from Virginia, via NBC News. “She knows how to exhort, inspire, cajole, intimidate, and persuade. She never lost a vote on the floor as speaker. She worked tirelessly to bring us out of the wilderness. She has earned it.”

The Democrats who want to lessen Pelosi’s grip on party leadership suggest her race and length of time at the forefront are factors in their thinking. Fudge said she will decide if she wants to run against Pelosi after Thanksgiving, according to NBC News.

Pelosi’s next step towards the role is a vote in the Democratic Caucus, a week after Thanksgiving, before the full vote in January that includes House Democrats and Republicans.