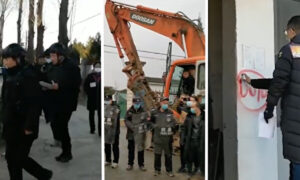 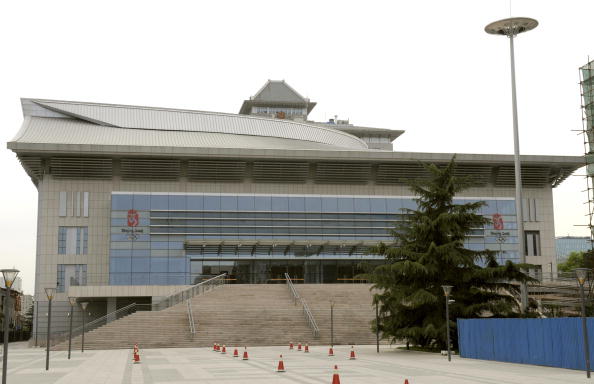 The facade of Peking University Gymnasium in Beijing on May 8, 2008. (LIU JIN/AFP/Getty Images)
China Society

A video clip has recently gone viral in China: in a speech given by Lin Jianhua, president of Peking University, at the prestigious school’s 120th birthday celebration, Lin was visibly struggling to read a couple of common Chinese idioms. Ironically, the president later explained that he did not receive a basic education due to the Cultural Revolution.

Peking University’s 120th anniversary occurred on May 4. More than 10 high-level Communist Party officials, in addition to presidents from 116 well-known universities in 44 countries and 130 universities in China attended the celebration held at the university’s gymnasium.

When Lin Jianhua read his prepared speech, he made a couple of pronunciation mistakes for common Chinese characters.

When he encouraged students to aspire to great heights, he mispronounced one of the characters in the idiom. For a common phrase meaning “numerous,” he pronounced it as “jingjing” instead of “shenshen.”

The internet censors soon deleted the video clip of Lin’s speech, while state-run media broadcasted an edited version without the mistakes, Taiwan newspaper Liberty Times reported on May 5.

One netizen commented: “Those words are from middle school textbooks. It’s funny that the president of the prestigious Peking University doesn’t know them.”

The following day, the president published an open letter to Peking University students on the school’s internal messaging system. He apologized for the incident and explained why he didn’t know how to read the characters: Lin said he received a limited education after the fifth grade because of the Cultural Revolution.

The political movement initiated by then-Party leader Mao Zedong sought to eliminate “bourgeois elements” from society. Schools and universities were considered havens for intellectuals, and were thus shut down for a number of years during the 1960s.

Lin described his limited education during those years. “I was in the fifth grade when the Cultural Revolution began. We didn’t have textbooks for many years. Our teachers only asked us to memorize ‘Quotations from Chairman Mao Zedong’ and ‘Lao San Pian’ [short essays written by Mao before the Communist Party took over China].”

“I could only learn modern Chinese history through reading selected works by Mao and its annotations,” the president added.

Over time, public confidence in China’s elite schools has fallen. According to a survey conducted by BlogChina.com in 2005 on the public perception of university presidents in China, 69.87 percent of respondents believed that the overall image of current university presidents was closer to Chinese Communist officials. Only 6.54 percent felt they played the role of educators, while 9.98 percent considered them as scholars.