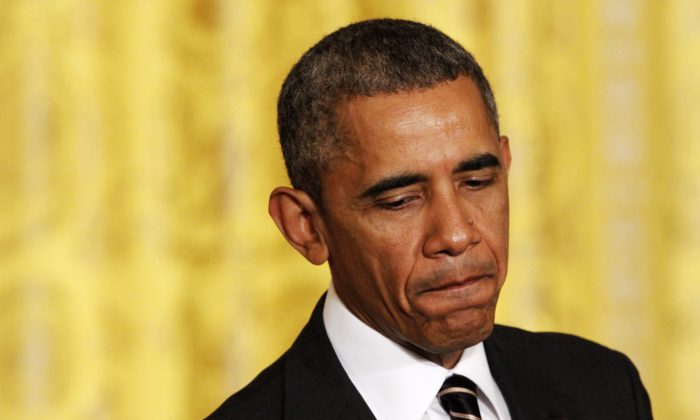 President Obama’s Climate Change Goals: Whose Goals Are They Anyway?

In a spirited speech on the campus of Georgetown University to an audience of students, President Barack Obama laid out a four-step plan designed to reduce green house gas emissions from cars, trucks, factories, and power plants—a plan that the U.S. Senate Committee on Environment and Public Works says in a report, is controlled by the “Billionaire’s Club.”

The report, which came out in July 2014, accuses “a club of billionaires and their foundations” of controlling “the environmental movement and Obama’s [Environmental Protection Agency].”

During his speech, Obama touted the administration’s progress in securing America’s energy future by using more solar and wind energy, improving technology on cars to save more gas, and producing more of our own oil leading to the goal of independence from other nations’ oil.

The president resolutely directed the EPA to “to put an end to the limitless dumping of carbon pollution from our power plants, and complete new pollution standards for both new and existing power plants.”

Obama exalted America’s duty to take the lead in a global climate change initiative and enlisted the help of Georgetown students to accomplish the goals he set, saying: “I’m going to need all of you to educate your classmates, your colleagues, your parents, your friends. Convince those in power to reduce our carbon pollution. Push your own communities to adopt smarter practices.”

The president’s consistent mantra for clean energy has resounded throughout his two terms, and appears to be the indelible mark he wants to make before leaving office in 2016.

But according to the minority report, those in power are already convinced. So much so, that they are the ones who are orchestrating Obama’s whole climate change agenda.

This elite, “exclusive” group of anonymous millionaires and billionaires has established a dozen leading private foundations whose sole purpose is to spend money on environmental causes.

The Democracy Alliance (DA), one of the lead funders of the environmental movement, “works to create an all-encompassing far-left infrastructure to support affiliated and approved groups.” Its members pay dues of $30,000 and must contribute at least $200,000 to groups DA supports.

In a spring 2014 statement, the DA touted its “progressive victories,” which included “a series of executive actions to combat the threat of climate change … made possible by a well-aligned network of organizations.”

The Billionaire’s Club is also funneling money through 501(c)(3) and 501(c)(4) public charities with the stipulation that the funds only be used for environmental causes, like the New York-based Park Foundation, which funded a barrage of anti-fracking campaigns conducted by numerous groups in New York before Governor Cuomo officially banned fracking in the state once and for all.

According to the report, that 501(c)(4) groups are known for “engaging in activities designed to influence elections and have no restrictions on their lobbying efforts.”

Will Climate Change Be a Decisive Issue in 2016 Presidential Elections?

Regardless of which public charity receives the donation, they are not required to disclose the source.

In addition, members of the Billionaire’s Club can gain complete control over the activities of a public charity through fiscal sponsorships, “whereby the charity actually sells its nonprofit status to a group for a fee.”

The sponsorships are legally designed for short-term projects, like construction of a new park, but the report cites one sponsorship that lasted 23 years.

Although Obama’s administration called on today’s youth to get involved in assisting the advancement of his plan, the Billionaire’s Club was already engaging them and catapulting the plan forward.

From 2009 to 2014, the Park Foundation awarded environment grants totaling between $2.8 million and $3.5 million per year, according to the foundation’s website.

Numerous celebrities, the U.N., Al Gore, and environmental groups around the world have established two global campaigns, Live Earth and action2015, both planning a series of events this year in preparation for the summit and calling for climate action.

Who’s funding these gigantic campaigns, and why? Is there really a threat of global warming, and if not, why are scientists saying it?

That Recent Winter Storm? Yeah, it was Probably Fueled by Climate Change

Why didn’t the Billionaire’s Club continue the environmental movement started by President Jimmy Carter in the 1970s?

Just who these anonymous donors are and why they are so concerned about the environment, we may never know and as the report indicates: “It would be virtually impossible to examine this system completely given the enormity of this carefully coordinated effort and the lack of transparency surrounding it.”