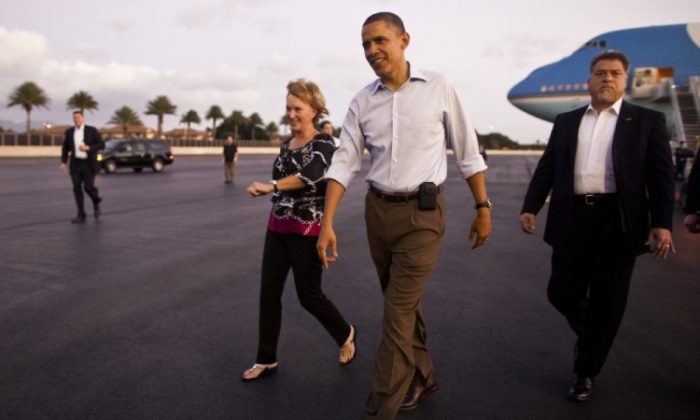 After weeks of political brinkmanship over extending a payroll tax cut, Congress quietly passed a two-month extension and President Obama signed it into law on Friday evening, before legislators headed home for the holidays.

“I know you’re all looking forward to spending time with your families over the holidays, but we did have one last piece of business to finish up. I said it was critical for Congress not to go home without preventing a tax increase on 160 million working Americans, and I’m pleased to say that they’ve got it done,” said President Obama during brief remarks to the press. “So I want to thank all the members of Congress for ending the stalemate and making this happen.”

Senate Majority Leader Harry Reid hammered out a deal with Senate Republicans that allowed them to pass a temporary extension of the payroll tax cut on Dec. 17. House Republicans, led by Speaker John Boehner, (R-Ohio) balked at first over the Senate measure’s short-term fix, but last week gave up their opposition and agreed to the extension as well.

“Senator Reid and I have reached an agreement that will ensure taxes do not increase for working families on January 1 while ensuring that a complex new reporting burden is not unintentionally imposed on small business job creators,” said Boehner, after House Republicans finally agreed to sign on to the tax cut.

“Under the terms of our agreement, a new bill will be approved by the House that reflects the bipartisan agreement in the Senate along with new language that allows job creators to process and withhold payroll taxation under the same accounting structure that is currently in place.”

The bill extends the existing payroll tax cut through Feb. 29 of next year, meaning that workers will only pay 4.2 percent on the first $110,100 of their wages into the Social Security Trust Fund, rather than the normal 6.2 percent. According to the White House, this amounts to about $40 per paycheck for a family making about $50,000 a year.

The bill also requires President Obama to expedite his administration’s decision regarding the construction of the Keyston XL pipeline.

Despite the rare show of bipartisanship amid record-low congressional approval ratings, stark philosophical difference remain between the two parties on the future of the nation’s economic and fiscal situation, and legislators will likely be preparing themselves for a repeat of this battle in two months.

“Yearlong extensions of the payroll tax cut, unemployment insurance and Medicare payments for physicians has always been our goal, and Democrats will not rest until we have passed them. But there remain important differences between the parties on how to implement these policies, and it is critical that we protect middle-class families from a tax increase while we work them out,” said Senate Majority Leader Harry Reid (D-Nev.)

Democrats will likely not give up on their desire to pay for the payroll tax cut with a surtax on millionaires, while Republicans wish to offset the tax cut with equal reductions in government spending. For now, the temporary tax cut is being paid for by a hike in fees that mortgage giants Fannie Mae and Freddie Mac charge lenders.