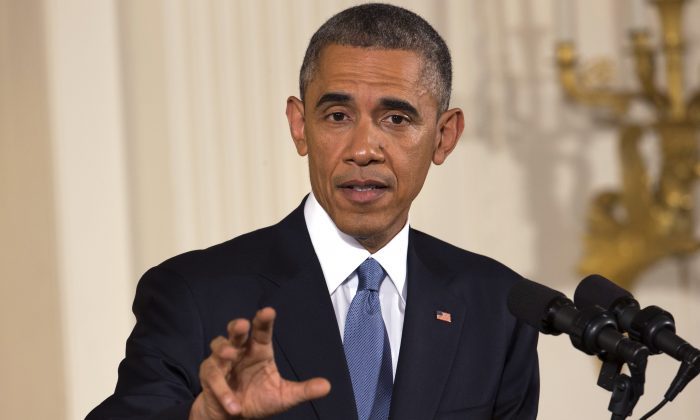 President Barack Obama answers a question during a news conference in the East Room of the White House, Wednesday, Nov. 5, 2014, in Washington. Obama says it is "an open question" whether international negotiators and Iran can reach a deal over Tehran's nuclear program. He says that with a deadline looming, the next three to four weeks will be key. (AP Photo/Jacquelyn Martin)
Sports

President Barack Obama has fired back at NBA legend Michael Jordan over his golf game, according to a report on Wednesday.

“I’ve never played with Obama, but I would,” Jordan reportedly said in an interview with Ahmad Rashad. “But — nah, that’s OK. I’ll take him out. He’s a hack. Man, I’d be all day playing with him.”

“Do you really want to say that?,” Rashad replied. “The president of the United States is a hack?”

Obama, in an interview with a Wisconsin radio station on Monday, said, “But there is no doubt that Michael is a better golfer than I am. Of course if I was playing twice a day for the last 15 years, then that might not be the case.”

“He might want to spend more time thinking about the Bobcats — or the Hornets.”

Currently, the Charlotte Hornets are 1-3 and have had consistently bad records.