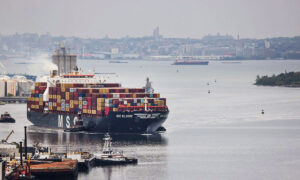 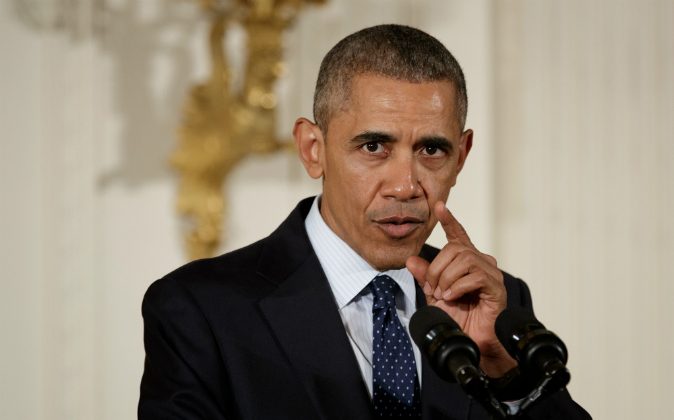 U.S. President Barack Obama speaks before awarding the National Medal of Science and National Medal of Technology and Innovation in the East Room of the White House, May 19, 2016, in Washington, DC. (Drew Angerer/Getty Images)
US

A report says President Obama is expected to declassify a trove of information pertaining to UFOs.

The claim was made by the Paradigm Research Group, the only registered “alien disclosure” lobbyist group in the U.S. They have been pushing for years to get the White House to release declassified information about UFOs and extraterrestrials. In 2013, the Paradigm Research Group held a hearing on extraterrestrials and drew six former members of Congress.

“This will be a reality this year and across the front pages of newspapers across the world,” Steve Bassett, the head director of the group told the Daily Express. He added it would be “the most significant news story that has ever been broken.”

“He will be looking at a Nobel Prize for making an announcement like that,” he added. “I am 85% sure Obama will make the announcement before he leaves office and within days your Prime Minister David Cameron will follow.”

A few months ago, Democratic presidential nominee Hillary Clinton told a talk show that she would be transparent on information about UFOs—namely about Area 51 and Roswell, New Mexico.

Her campaign manager, John Podesta, also apparently has a “space alien obsession,” as the Washington Post put it last month.

“Podesta has made me personally pledge we are going to get the information out. One way or another. Maybe we could have, like, a task force to go to Area 51,” Clinton said in December 2015. “I think we may have been (visited already). We don’t know for sure,” she was quoted as saying.

Podesta, also a science fiction enthusiast, has spoken about the public’s right to know about UFOs or the alleged presence of aliens.

It’s worth noting Obama and the CIA in 2013 for the first time released information about Area 51, and Obama was the first president to acknowledge it.