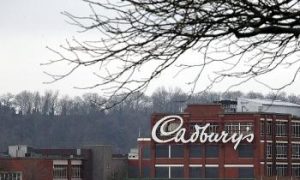 What Obama Should Say to Wen Jiabao

Matthew Robertson
Matthew Robertson is the former China news editor for The Epoch Times. He was previously a reporter for the newspaper in Washington, D.C. In 2013 he was awarded the Society of Professional Journalists’ Sigma Delta Chi award for coverage of the Chinese regime's forced organ harvesting of prisoners of conscience.
View profile
Follow
biggersmaller
Print
In the meeting between President Obama and Chinese Premier Wen Jiabao in New York on Thursday, President Obama could do well for himself and the United States, should he say something like the following.

There are many urgent matters that our governments need to talk about, and our time is short. We meet at a time when the world is still recovering from one of the worst economic crises of modern times; the United States suffers high unemployment, mass housing foreclosures, a battered dollar, and growing national debt.

The relationship between China and the United States increasingly impacts on the internal dynamics of each of our countries, and also on the rest of the world.

Internationally, we are concerned with the way that China still offers support to countries like North Korea and Iran, and with China’s claims to the South China Sea.

Domestically, we are concerned with China’s manipulation of the yuan, which has a negative impact on job growth in the United States.

We also are concerned with how the activities of Chinese Consulates here in the United States are harming the welfare of the American people—activities such as harassing Chinese dissidents, dispatching spies, conducting surveillance, and even encouraging acts of violence.

But an issue of greater significance than all of these, the issue that I want to speak with you about today, is rights—the rights of the Chinese people.

History, however, demands this situation change. Rights cannot be denied a people forever. The history of our own country shows us this. And the heroism of people like Gao Zhisheng, Chen Guancheng, and countless other brave Chinese men and women demonstrates how deeply committed the Chinese people are to securing their rights.

The denial of rights can only be harmful—at first to the oppressed, but eventually also to the oppressor. The other day a letter came across my desk. It was about a woman who had been persecuted for her belief in Falun Gong. The suppression of this group is the largest religious persecution happening in the world today—and it is happening in China.

What does it do to a great nation like China? The erosion of conscience and trust in Chinese society is manifest every time we hear reports of contaminated milk powder, poisoned pet food, or the cover up of deadly disease.

China’s future, and that of the Communist Party, is uncertain. For decades your Party has relied on the idea that authoritarianism is a viable strategy for the long term—but is it? I believe that the only long-term strategy for China involves the granting of political and human rights to the Chinese people, and only when the people are given their rights will the nation truly prosper.

The strategy of attempting to withhold the rights of a people is doomed to failure. The longer such basic needs are denied, the greater the clamor there will be for them to be granted. Rather than fear the coming deluge, is it not better to recognize the inevitable, stand out of the way, and allow the Chinese people to control their own future?

If your Party wants what is good for China, it will recognize this fact. And this is good not only for China, but for the rest of the world; the world will extend a warm hand of friendship to a China ruled by its own people.