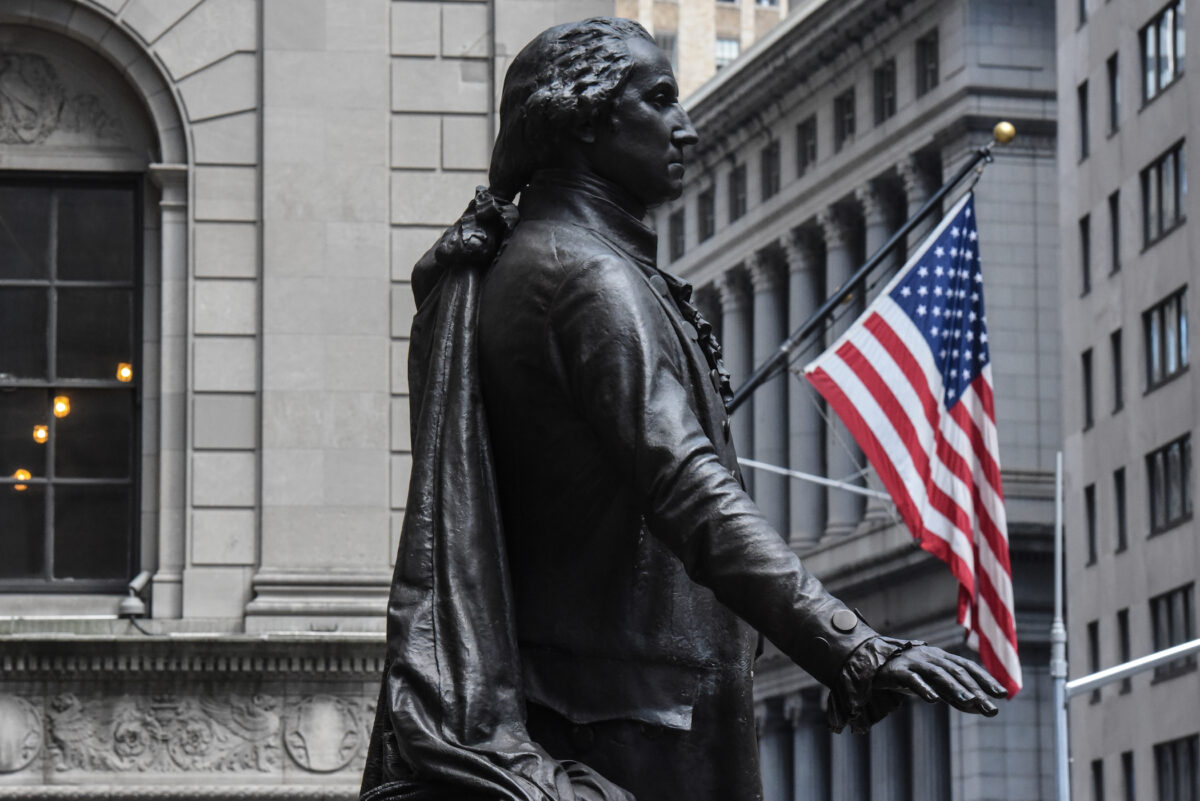 This year, Feb. 22 marks the 290th anniversary of President George Washington’s birth. The Founding Father of the nation is often remembered as a great military leader and statesman, but little is known about his business ventures and innovations.

Washington was not only the first president of the United States, but he was also the country’s “first entrepreneur,” according to historians who have extensively studied his business dealings.

Private enterprises he founded had an effect on the future of American agriculture, transportation, and manufacturing, says John Berlau, a senior fellow at the Competitive Enterprise Institute and author of the book “George Washington, Entrepreneur: How Our Founding Father’s Private Business Pursuits Changed America and the World.”

Berlau’s portrait of Washington, drawn in large part from his journals and letters, shines a light on the Founding Father’s endeavors as an innovator and entrepreneur.

The book presents “another side of Washington’s greatness and how our country is rooted in entrepreneurship,” Berlau told The Epoch Times.

Washington devoted his life to the improvement of his farm at Mount Vernon and American agriculture. His passion for his farm never ceased on the battlefield or during his presidency, Berlau wrote in his book.

Washington, on his estate, grew countless varieties of trees and built a greenhouse, which became a showcase for exotic fruits, herbs, and plants from around the world.

“Unlike his Virginia neighbors who remained wedded to tobacco, Washington planted seven types of wheat,” according to the book. “Transforming Mount Vernon from a tobacco plantation into a diversified farm with wheat as its main crop was a great entrepreneurial feat.”

Washington also went into the flour-making business, which was a big success. In 1772, he registered the “G. Washington” brand for his flour, pioneering in the distribution of branded food products. Even before the Revolutionary War, his flour was shipped through America and exported to England and its colonies in the West Indies.

The Founding Father also receives credit for introducing mules to American agriculture and promoting them as an efficient alternative to horses for plowing.

“We owe a lot to George Washington, and I think he’s someone that should be studied a little bit further than the surface,” says Tom Washington, a businessman and a certified public accountant from Texas. He’s a collateral descendant of George Washington through the Founding Father’s brother, John Augustine, seven generations down.

“I appreciate George Washington as an entrepreneur in that time of history when it was so hard to be an entrepreneur because there were predatory governments like Britain always trying to keep an entrepreneur down and under control,” Washington told The Epoch Times during a family reunion at Mount Vernon in October 2021.

“But George found a way, and he fought for the country as a general, but he also fought for his own self-interest and the wealth of the people that depended on him by being successful at Mount Vernon.”

Mount Vernon always remained the base of Washington’s agricultural and industrial endeavors. Washington built a small industrial complex at his estate, which included a fishery, a dairy, a textile and weaving workshop, and a blacksmith shop.

The estate was also home to a distillery that became one of the largest American whiskey distilleries in the country at that time. It was also one of the most profitable enterprises at Mount Vernon.

Washington also played an important role in supporting America’s first generation of inventors, according to Berlau.

“Even before he was president, all sorts of tinkerers would come to Mount Vernon to present him with their latest gadgets and seek letters of endorsement and/or his assistance in obtaining a state patent,” he wrote.

Washington was a highly competent leader in many domains, but he was aware of his own limitations, according to Lindsay Chervinsky, historian and author of “The Cabinet: George Washington and the Creation of an American Institution.”

“I think his greatest leadership strength was a real understanding of his own limitations,” Chervinsky told The Epoch Times.

He was not afraid to ask for help, and he was able to “surround himself with unbelievably talented and experienced advisers,” she said.

After he took office as America’s first president, Washington formed a cabinet, an invention of his that all presidents have used ever since.

Washington believed that America’s future lay in expansion to the west, she said. He saw commerce as something that would naturally lead to peace and unity. Hence, he promoted river trade from the east to the west via the Potomac.

Washington was also an early investor in the Potomac Company, an enterprise dedicated to improving navigation on the Potomac River.

Another unique quality of Washington, Chervinsky added, was that “he never showed up to a meeting, intending to go a certain way, or with a certain policy in mind. Instead, he would ask for his advisors’ input, and then he would slowly make a decision.”

Washington and his wife, Martha, poured their passions into Mount Vernon and its enterprises, says Berlau in his book.

The growing threat from oppressive British taxes and red tape motivated Washington “to lead the fight both for his own liberties and those of his countrymen.”

Emel Akan
reporter
Follow
Emel Akan writes about business and economics. Previously she worked in the financial sector as an investment banker at JPMorgan. She graduated with a master’s degree in business administration from Georgetown University.
SHARE
Friends Read FreeCopyFacebookTweet
You May Also Like