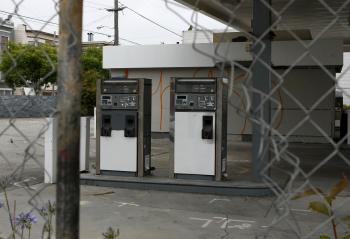 By Evan Mantyk
Print
As gas prices continue to rise and the economy continues to tank, President George Bush is pushing Congress to have the ban on oil drilling on the Outer Continental Shelf (OCS) lifted. It’s a ban that former President George Bush senior himself helped put in place, but one that politicians are beginning to rethink.

Experts believe that restricted areas of the OCS could eventually produce nearly 10 years' worth of America's current annual oil production—although the benefits wouldn’t be seen for 20 or 30 years.

“To reduce pressure on prices we must continue to implement good conservation policies, and we need to increase the supply of oil, especially here at home,” said Bush in a published speech on Monday.

Concerns raised by Democrats have included hurting the scenery of U.S. beaches and the environmental risk of oil spills. However, the White House cited advances in technology that have made it possible to conduct oil exploration in the OCS that is out of sight, protects coral reefs and habitats, and protects against oil spills.

On Monday, Bush symbolically lifted the executive ban on off-shore drilling and asked Congress to do the same with the legislative ban—not so easy.

With the technology there, Bush put the ball in Congress’ court.

“This means that the only thing standing between the American people and these vast oil resources is action from the U.S. Congress,” he said.

Even if more Democrats in Congress backed lifting the legislative ban, it would be unlikely that they would buck their presidential candidate ahead of the November election.

Republican White House contender Sen. John McCain supports lifting the ban, and told reporters that he thought Bush’s decision was a "very important signal" and that "states should continue to decide."

Some information in the article was provided by Reuters.