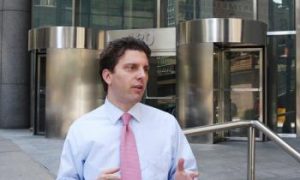 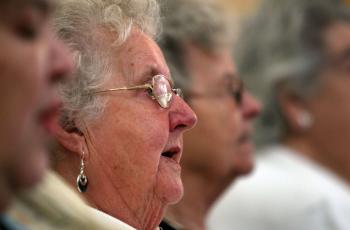 A new study reveals that almost two-thirds of seniors over the age of 65 are taking five or more prescription drugs. (Matt Cardy/Getty Images)
US

Prescription Drug Use Among Seniors on the Rise: Study

By Helena Zhu
biggersmaller
Print
Almost two-thirds of seniors over the age of 65 are taking five or more classes of prescription drugs, according to a new study on drug use among older Canadians.

An examination of public drug claims for more than one million seniors in six provinces found that the number of claims has been rising, according to data from the Canadian Institute for Health Information.

Sixty two percent of seniors had claims for five or more kinds of medications—up from 58 per cent in 2002. Twenty one percent were taking 10 or more drugs, while another six percent were using 15 or more drugs.

Older seniors were more likely to be multiple-drug users, with 29 percent age 85 and older submitting claims for 10 or more types of drugs in 2008, compared to 17 percent age 65 to 74.

“Public-sector spending on prescribed drugs in Canada reached an estimated $11.4 billion in 2009, and we know that seniors account for a large portion of these expenditures,” Jean-Marie Berthelot, CIHI VP, Programs, said in a press release.

The study showed that a number of the most commonly used drug classes are for the treatment of chronic conditions in general, and cardiovascular conditions in particular, such as high blood pressure and heart failure.

Statins used to treat high cholesterol were the most commonly used drug class among seniors younger than 85, but dropped in those 85 and older.

“The prevalence of many chronic diseases increases with age, which may be contributing to the high number of drugs used by seniors,” said Dr. Angela Juby, Associate Professor, Division of Geriatric Medicine at the University of Alberta.

“Drug numbers per se are not as important as drug appropriateness. We know some chronic diseases, such as osteoporosis, are being under-treated. Therapy with multiple drugs is necessary to effectively manage chronic conditions; however, it is most important to consider the potential risks, including adverse effects and interactions between drugs or between drugs and diseases.”

The top 10 drug classes, in terms of drug program spending, accounted for almost half of public drug spending on seniors in the six provinces studied.

The drug class that experienced the fastest spending growth over the study period (2002–2008) was tumour necrosis factor alpha inhibitors, which treat conditions such as rheumatoid arthritis and Crohn's disease.