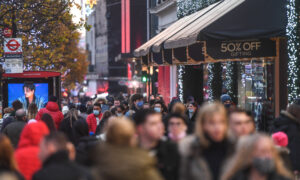 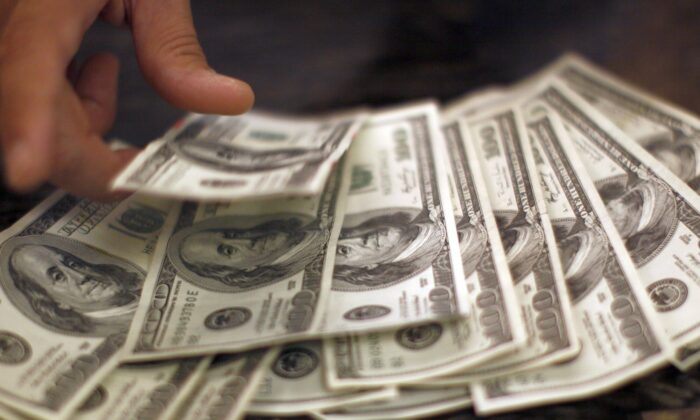 Biden Will Give Everyone More Money

President Joe Biden must have been reading W.W. Jacobs, an English author of charming short stories who wrote around the turn of the 20th century.

Jacobs’s stories are often related through the mouth of a night-watchman at a wharf in London’s docks. “An Odd Freak” begins: “‘Speaking o’ money,’ said the night-watchman, thoughtfully, as he selected an empty soap-box on the wharf for a seat, ‘the whole world would be different if we all ’ad more of it. It would be a brighter and a ’appier place for everybody.’”

The president has taken this message, so obviously true, to heart. The night-watchman has become his economic guru. Thanks to the president, then, everyone will soon have much more money than before, although (as is always the way) some will get more of it into their hands than others, depending on whether or not they are government contractors, members of favored groups, and so on.

As to whether the money will retain its value for very long after it has been distributed in this fashion is a question that can only be answered by experience.

There is, however, no better way of satisfying a laudable desire to be generous and big-hearted than to give away other people’s money, or even to create it anew from thin air, out of nothing. Even if it shrinks in value as a result, it will be better than nothing.

Shoveling money around as if it were checkers on a game board seems to be in fashion these days. Once the infrastructure has been built and everyone lifted from bankruptcy to unheard-of heights of prosperity, there will still be much to do for the money-shovelers.

There will be, for example, reparations to be paid to all the descendants of slaves in the United States. This would lead to a renewed dance of the trillions.

How far we have come since the benighted 1920s! In those days, there was a paltry Dance of the Millions that took place in Cuba when the price of sugar shot up like a rocket after World War I (though it soon came down like a stick).

How simple, naïve, and unsophisticated they were in those days, thinking only in millions! Nothing less than trillions will do for us, that is to say millions of millions.

As Humpty Dumpty would no doubt have put it, there’s progress for you! We are millions of times richer than those poor Cubans of a century ago.

In my kitchen, I have a framed collection of banknotes from countries that have undergone hyperinflation (as well as one of banknotes with portraits of tyrants). I haven’t even included one from that happy day in Bolivia when I changed $50 in a bank and had to return to my hotel to fetch a bag to carry away all the pesos I received for it.

Nor have I included any “intis,” the Peruvian currency of the time when I went for a cup of tea, wondering whether I should change some dollars before I went or afterward. It was lucky I chose the latter option because, if I had chosen to change the money before, I would have lost 20 percent of the value as I was sipping my tea.

My favorite banknote in the hyperinflation collection, perhaps, is that for 50 trillion Zimbabwean dollars. I preferred it to the 100 trillion note because of the color scheme: green rather than blue.

The then-governor of the Reserve Bank of Zimbabwe promised to pay the bearer of the note that sum of 50 trillion dollars, though what this could actually mean in practice I have not the faintest idea. Hundreds of thousands of tellers counting out dollars one by one?

I remember, incidentally, when the Zimbabwean dollar, and the Rhodesian dollar before that, was actually worth something.

But to return to the suggestion of reparations for the descendants of slaves in America. Let us overlook the problems of establishing exactly what proportion of a person’s genome is of slave descent.

After all, if the French in Saint Domingue in the 18th century (before it became Haiti) could work out the 64 degrees of blackness and whiteness in their tables of genealogy, surely it must be possible with the aid of modern technology to come to some sufficiently accurate conclusion?

But it seems that the proponents of the idea of reparations for slavery haven’t heard of double-entry bookkeeping: they take only harms done and not benefits received into account.

As a rough indicator, I compare the median household incomes of American black households with those of Nigerians, and the same for life expectancy. The contrast could be made even more dramatic by choosing other countries from which slaves were taken, but I’m not trying to sensationalize.

The median black household income in the United States is approximately $59,000; that of Nigeria $5,000. Black life expectancy in the United States is 75 years, that in Nigeria is 54. Even allowing for differences in purchasing power, American blacks are several times richer than Nigerians, and they live on average 21 years longer, a not inconsiderable advantage.

In other words, in important respects, American blacks have been net beneficiaries from the forced transportation of their ancestors to America. This does nothing to detract from the horrors of slavery, but it does cast a different light on the claims to reparations of those who are now living.

I have a personal interest in reparations. My mother, a refugee from Nazi Germany, inherited nothing from her parents, who were solidly middle class. The German government offered her reparations, which she turned down to my youthful regret at the time, as they might have eased somewhat her (and subsequently my) economic path through life.

She called such reparations blood money. But it’s obvious to me that I have no claim on Germany, nor would my life have been improved had I pursued, or even won, such a claim.

On the contrary, it would have been a degrading and dishonest search. The pursuit of something for nothing—nothing, that is, that is personally and individually deserved—is unedifying and not conducive to self-respect.