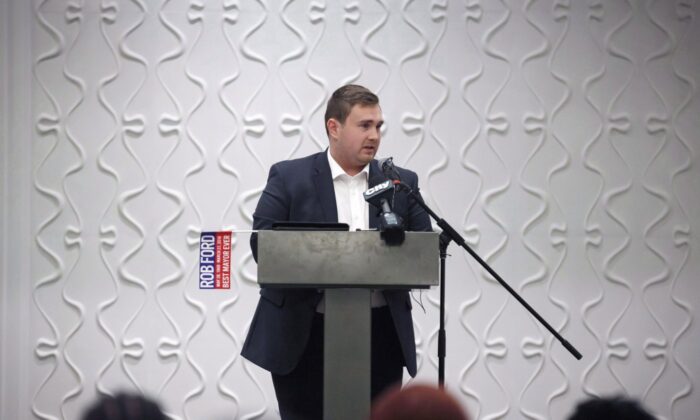 Michael Ford, the nephew of Premier Doug Ford, will run for the Ontario Progressive Conservatives in the provincial election in June.

He’s the Tories’ nominee for York South-Weston in northwestern Toronto, a part of the city where his family has deep roots.

Michael Ford is currently a Toronto city councillor, representing the same community his uncles, Doug Ford and the late mayor Rob Ford, served when they were on council.

In a news release announcing the younger Ford’s candidacy, the premier describes his nephew as one of “the hardest working people I know” and “a strong advocate for his constituents.”

York South-Weston has historically gone Liberal or NDP, but it’s next to the area his grandfather, Doug Ford Sr., represented at Queen’s Park from 1995 to 1999.

York South-Weston is currently represented by NDP Faisal Hassan, who is seeking re-election.