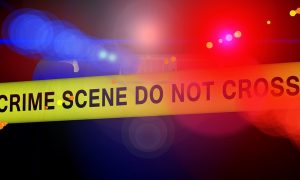 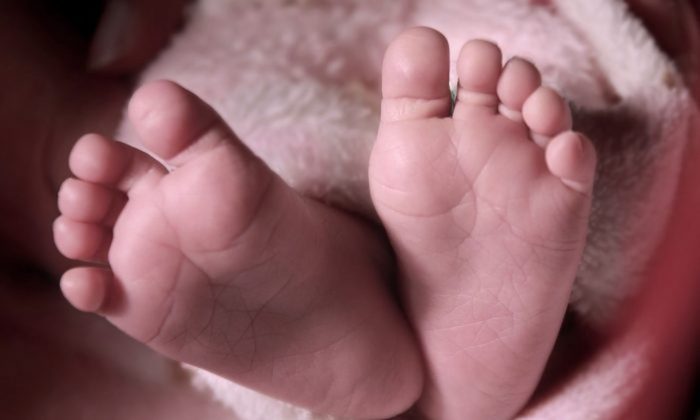 A baby was born so prematurely that his mother could count her son’s ribs through his “see-through” skin.

The newborn, named Arlo, was “red raw” in color when he was born more than four months early, and blood could be seen circulating around his body under his translucent skin.

He survived after being wrapped in a plastic bag and bubble wrap to stabilise his body temperature, his mother told the Daily Star.

After a 20 week hospital stay, Emma Hope, 28, said she was finally able to bring her baby boy home to be with her family at 6 pounds and 2.5 ounces.

“I couldn’t believe that someone so tiny could possibly survive. He could literally fit in the palm of my hand but he was a fighter and so I named him Arlo, which means warrior,” Hope told the outlet.

“I could see through his skin and see the blood going round his little body and count his ribs.”

In a Facebook post, the Glasgow mother explained how her waters broke prematurely at just 22 weeks, and her shock when doctors told her baby Arlo had just “a 1% chance of survival.”

“We both decided to keep the pregnancy going & hang on to every hope possible despite what we were constantly being told,” she wrote.

She told the Daily Star, “They kept referring to the baby as a foetus because it was so early in my pregnancy. I told them to stop calling him that as he was my baby—he was my son.

“But the medical staff explained that babies aren’t considered viable until 24 weeks, when it’s possible for them to survive.”

Arlo was born after Hope had an emergency Caesarean, and the newborn was immediately rushed into intensive care, and swaddled in a plastic bag to stabilise his body temperature.

“Whenever it dropped they wrapped him in bubble wrap to stabilise it. It looked weird but I would have done anything to keep my little boy alive,” she explained.

Premature babies are often at high risk of developing breathing problems, because their lungs are usually not developed enough to take in surrounding air without some extra help, according to Tommy’s.

A series of health complications followed, but Hope and her partner, David Aitken, 36, refused to give up.

“Arlo then went on & battled NEC [necrotizing enterocolitis], perforated bowel, lost 20% of his bowel at 6 days old & had stomas fitted. Then he had a PDA ligation (heart opp) then had ROP [retinopathy of prematurity] which luckily reversed itself, suffers from chronic lung disease, has hyperbilirubinemia, ventriculomegaly & had a further operation to reverse his stomas and large hernia removal,” Hope said on Facebook.

Arlo had surgery to remove a fifth of his bowel, after which he needed a blood transfusion to replace the blood he had lost.

“The surgeon came to see us and said that there was a chance Arlo wouldn’t make it through the night,” Arlo’s mother told the Daily Star.

“My legs went from under me. I was so scared I couldn’t talk. I was allowed to kiss Arlo before he was taken for surgery. That kiss was the first time I’d been able to touch him. I just hoped it wasn’t the last.”

But the surgery went well and Hope was finally able to give her newborn a hug when he was 10 days old. She added that when she held him, he felt as light as a bag of crisps.

Fast forward to today, Arlo weighs a healthy 9 pounds and 3 ounces, and is back home with his parents and 2-year-old sister, Olivia.

“He’s an inquisitive little boy and I’m so lucky he never gave up and kept fighting to survive,” Hope said.

“I’ve decided our family is complete now and [I] won’t be having any more children. I have my little girl and now Arlo. He’s my little warrior.”