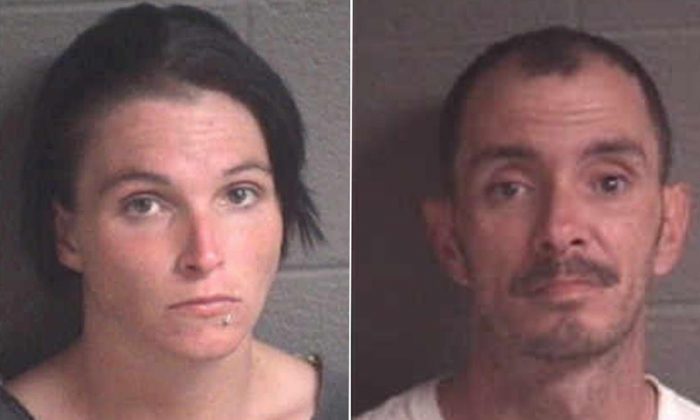 A pregnant woman ran over a purse-snatching suspect in a North Carolina Walmart parking lot in an incident that was captured on video, WLOS reported in an exclusive.

A witness, Blake Bennett, told WLOS that he saw the incident unfold, seeing the suspect, later identified as Robert Raines, going through a purse in the woman’s car in a parking lot. The SUV and purse belonged to Christine Braswell.

“When I walked out of Walmart, he had her purse and was pulling all of her stuff out,” Bennett was quoted by the station as saying.

Before the man ran off, Braswell confronted him. She tried chasing him on foot, but she then got behind the wheel of her SUV and went after him.

“He was with my purse and he took off and I took off after him,” Braswell told the station. “Me being five months pregnant, I chased a little ways, then come back, jumped in the car, threw it in gear and come across the curb and ran him over.”

She added, “I was not going to let him get away with it. It’s not right, it’s not fair.”

Raines and Braswell are both facing charges. Braswell is being charged with misdemeanor assault with a deadly weapon.

Raines was hospitalized and is said to be suffering minor injuries. He was charged with felony breaking and entering, larceny, and other charges.

A WLOS news crew was in the area and managed to get the moment on camera.