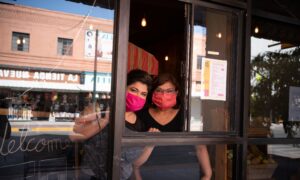 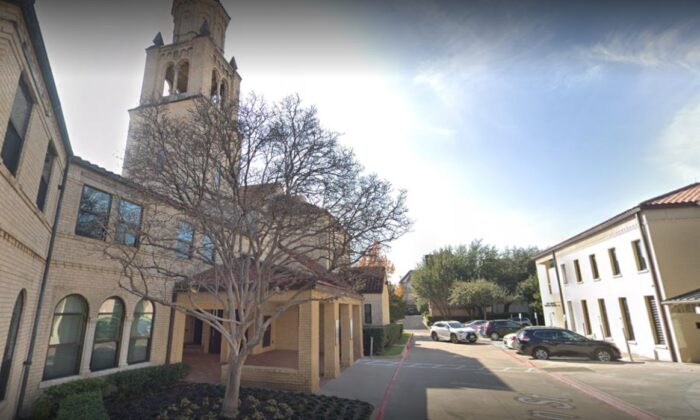 Pregnant Mom Escorted by Police From Dallas Church for Not Wearing Mask, Gets Trespass Warning

A pregnant Catholic woman said she was escorted from the Holy Trinity Catholic Church in Dallas, Texas, for not wearing a mask and was later issued a trespass warning.

According to video footage of the incident, Hairston appeared to be holding a crying baby.

“Am I getting arrested?” Hairston asks the officer in the video. “No, not right now. But if you don’t listen you will be arrested,” the officer says.

“What’s the crime?” Hairston asks. “The church does not want y’all here,” the officer responds.

A Facebook post from the Catholic Diocese of Dallas responded to the woman’s claims, saying she was not arrested or ticketed.

“The young woman involved in this incident that occurred two weeks ago was not arrested or tickets. She was issued a trespass warning,” it said.

The post added: “The pastor of the parish has required masks at Mass out of concern for the health and welfare of his entire congregation. Canon law grants pastors jurisdiction over their parishes, and while the bishop has not mandated masks for every parish, he has left these specific details to the pastors of the Diocese, adding that he expects the faithful to wear masks out of charity and concern for others. We recognize that not everyone can wear masks, but that those who can, should.”

Hairston also told Church Militant that the head pastor of the church approached her in the middle of Mass and allegedly told her: “Now, if you want to be an obedient Catholic, you put that mask on or you’ll have to leave.” Hairston told him that she was not going to leave, adding that he then informed her he would be calling the police.

And after she was taken outside, police officers reported her and gave her a ticket for trespassing.

“The usher proceeds to come out, very aggressively yelling to the police officers to write me a ticket. He then takes the liberty to go to my car, take pictures of my license plate; yelling at them to ban me,” Hairston said.

“Even the government has made this a more lenient issue than our own church. Our own church decides to be more aggressive and militant on the matter,” she remarked.

“It is now time to open Texas 100 percent,” Abbott said on March 2 in announcing that “people and businesses don’t need the state telling them how to operate.”

The Epoch Times has contacted the Catholic Diocese of Dallas for comment regarding the pastor’s alleged statements to Hairston.