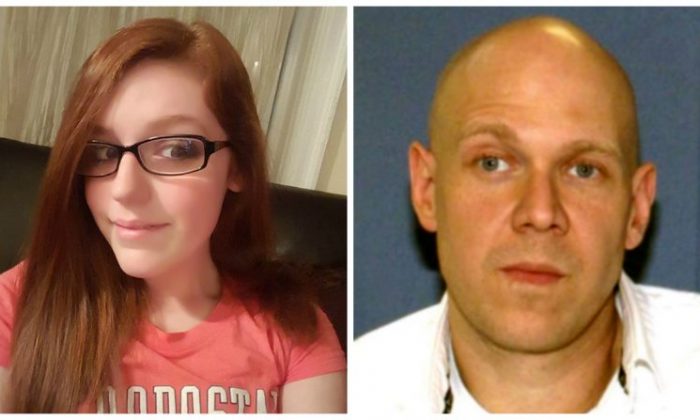 Pregnant 14-Year-Old Ohio Girl Missing for 9 Days, Believed to Be With 33-Year-Old Cousin
US News

Pregnant 14-Year-Old Ohio Girl Missing for 9 Days, Believed to Be With 33-Year-Old Cousin

Authorities are asking the public for help in finding a missing 14-year-old Ohio girl who is pregnant and is believed to be with a 33-year-old cousin who is a convicted felon.

Annalys Clay was reported missing by her mother on Dec. 4. She is believed to be with her cousin, Louis Jakab, 33. Authorities believe Jakab may be the unborn child’s father because the pair had a relationship in October.

Initial reports said that Clay, of Barberton, Ohio, went missing after she assaulted her mother in a car while the two were driving on a freeway. The mom pulled over and Jakab pulled behind her car. Annalys Clay then exited her mother’s car, went into Jakab’s car and the two drove off.

But Akron police Lt. Rick Edwards told PEOPLE yesterday that the initial report contained inaccurate details so police are now weighing whether to charge the girl’s mom for making a false report. Clay actually disappeared from the Strongsville, Ohio, area where she was previously found after running away for two months, Edwards said. Strongsville is where Jakab lived.

The U.S. Marshals believe the girl is in danger because Jakab has a criminal history. He served 10 years in prison on a manslaughter charge connected to a shooting, according to detective Bill Bolden of the U.S. Marshals Service PEOPLE reported.

Jakab is also wanted for violating parole, the New York Post reported citing the U.S. Marshals. The girl is in additional danger because she is willing to do whatever Jakab says, according to Bolden, PEOPLE reported.

The pair was last seen in a 2017 black Audi A3 with license plate number HED-3844. Those plates were reported stolen from Cleveland, which is about 10 miles northeast of Strongville.

A missing person report circulated on Facebook states that Clay and Jakab may also be in a silver 2005 Cadillac STS with license plate number either HHA-8369 or HAA-8369.

Authorities are offering a reward for any information that leads to Clay and Jakab. Police believe the pair has fled the state.

Anyone with information is asked to call the Northern Ohio Violent Fugitive Task Force at 1-866-4WANTED. Tips can also be anonymously texted by starting with the keyword WANTED and the tip TIP411.

Clay went the Barberton Middle School in 2014, according to her Facebook page. She describes herself as a music artist and songwriter. Clay attended Akron Baptist Temple and lists her favorite color as green.

“I love worship, family, and singing more than anything,” Clay wrote in her Facebook profile description.

Clay has two sisters Vivionna and Savanna. She also wrote that she has two dogs named Johnny Cash and June Carter.