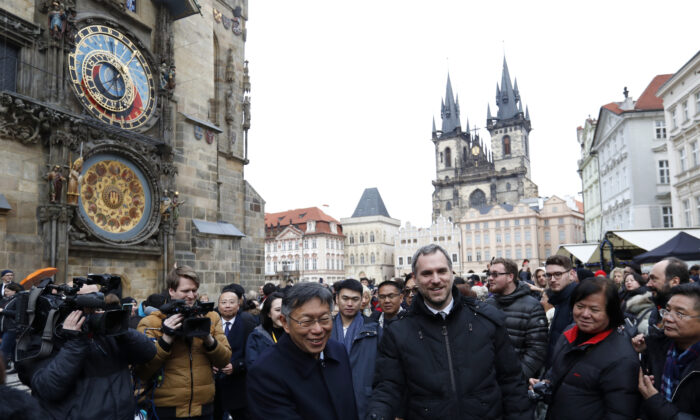 PRAGUE—The Czech capital, Prague, on Jan. 13 signed a partnership agreement with the capital of Taiwan, Taipei—three months after canceling a similar deal with Beijing and angering the Chinese regime.

The disagreement over Beijing began after the Chinese insisted on having a clause in the deal stating that Prague supports the one-China principle, which does not recognize Taiwan.

In reaction to Prague’s decision to ink a deal with Taipei, China canceled the tours of several Prague classical music ensembles and orchestras.

Taiwan split from mainland China amid a civil war in 1949, but Beijing considers the self-ruled island part of its territory.

While Prague authorities have resisted the one-China principle, the Czech government recognizes it.

The deal between Prague and Taipei was signed by the mayors of the two cities, Zdenek Hrib and Ko Wen-je.

Hrib said the cities share “the democratic values, the respect to basic human rights and cultural freedoms” and therefore can inspire each other.

He said the deal focuses on economic, trade and cultural cooperation but not on politics.

The deal is accompanied by agreements for cooperation between the Prague and Taipei zoos as well as in tourism and information technology.