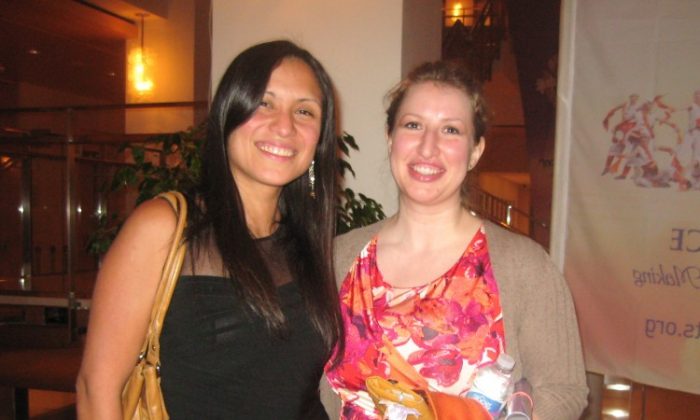 MADISON, Wisc.—Among the happy theatergoers attending Shen Yun Performing Arts at the Overture Center for the Arts on Wednesday, May 8, were Carla Del Pozo and Rachel Lynch.

Shen Yun, based in New York, aims to revive 5,000 years of divinely inspired culture that was almost obliterated under years of Chinese communist rule.

If Ms. Del Pozo had to use one word to sum up the performance it would be “divine.”

In addition to the dancing and instrumentalists, Shen Yun is known for its unique orchestra that combines Western and Chinese instruments, its colorful costumes, and its dynamic interactive backdrop, according to the company’s website.

Shen Yun performs in Chicago for Mother’s Day weekend, May 10-12.