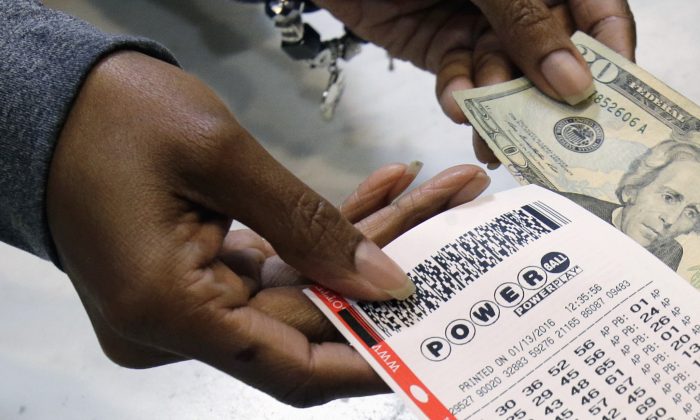 A clerk hands over a Powerball ticket for cash at Tower City Lottery Stop in Cleveland on Jan. 13, 2016. (AP Photo/Tony Dejak)
US

The Tennessee Lottery says one Powerball ticket sold in the community of Lafayette has matched all six numbers from the latest drawing to win an estimated $420.9 million jackpot.

The Lottery says in a news release that the ticket was sold for Saturday’s drawing. The ticketholder didn’t immediately claim the prize Sunday and has 180 days to do so.

The statement says it’s the second-largest lottery prize won in Tennessee, both this year. A Munford family claimed a $528.8 million share of a record $1.6 billion Powerball drawing in January with two other jackpot tickets sold in California and Florida.

Lafayette has a population of about 4,500 and is about 60 miles northeast of Nashville in Macon County.