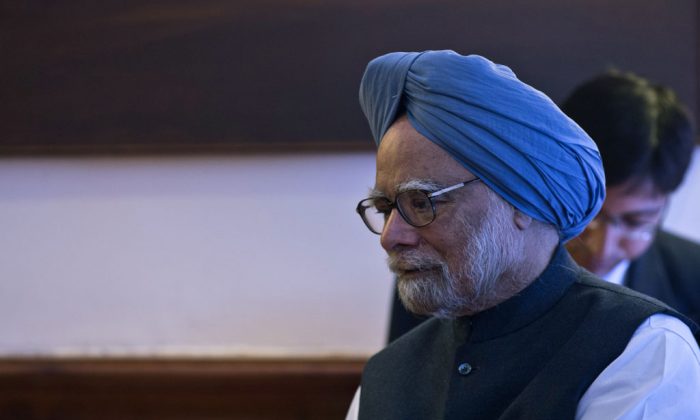 Power Without Purpose – An Abject Lesson

A review of Sanjaya Baru’s "The Accidental Prime Minister"

It is interesting that on the day I finished reading The Accidental Prime Minister – from cover to cover – T. N. Ninan should write his own assessment of Dr. Manmohan Singh on his distinguished public life, which looks all set to end with a whimper and not with a bang. Nonetheless, he may not end up being a mere footnote in Indian history, for two reasons. One is that he was, whether we think it is deserved or not, the man who unlocked India to the outside world in 1991. To be sure, Narasimha Rao gave him the key and told him to open it. More importantly, PM Rao kept with himself the portfolio of Industries. He dismantled the industrial licensing regime. But, Dr. MMS is identified with economic reforms – whether justified or deserved.

The second reason is that the consequences of his acts of Omission and Commission from 2004 until 2014 will be with the Indian economy for quite some time to come. In his last press conference in January 2014, he told the nation that history would be kinder to him. The forecast carries a huge risk of being wrong, for sure.

The Accidental Prime Minister is a well-written book. It has been edited well and the contents are well arranged. The narrative flows smoothly. For the most part, the book holds the reader’s interest. There are many interesting anecdotes.

The author has told us through newspaper interviews and in the Introduction to the book that his aim in the book is to show that Dr. Manmohan Singh was a man with a “unique combination of personal integrity, administrative experience, international stature and political appeal across a wide swathe of public opinion.”

However, Sanjaya Baru has not succeeded in his mission not because he did not try hard enough. But, try as he might, for the simple reason that his former boss’ many acts and decisions are too difficult to explain. The book abounds in tales of Dr. MMS’s inadequacies and failures.

On page 25, Dr. Baru mentions that Dr. MMS campaigned in the South Delhi constituency in 1999 by accusing both the Congress and the RSS for the killings of Sikhs in 1984. That did not go down well with Sikh voters because RSS volunteers had done a lot to protect Sikhs from the wrath of mobs attacking them. The anger of Sikhs was reserved exclusively for the Congress. It is not just a matter of bad judgement on the part of Dr. MMS but bad faith.

Dr. Baru feels that his former boss had not been given sufficient credit for managing the coalition well. Perhaps, in some areas, he did well to keep the coalition intact by treating coalition partners (e.g., Sharad Pawar, Lalu Yadav) with dignity. But, Dr. Baru credits Dr. Singh for roping in DMK by hailing Mr Karunanidhi as one of the builders of the nation and that his life and work had inspired many in the country (Page 82). I shall leave it to readers to come to their own conclusions on this.

Sanjaya Baru succeeds in establishing Dr. MMS as a politician but not as a man of principles. In Chapter 4, pages 110-112, Sanjaya lays out in detail an episode involving Renuka Chowdhury and how the PM asked Sanjaya to meet with Ms Chowdhury and sort out the matter (Dr. MMS was “excessively careful towards junior ministers known to be close to Sonia but also pointed to a willingness to look the other way when such ministers were accused of wrongdoing”).

Dr. MMS taking it out on Opposition leaders and Opposition Chief Minister (Page 116) reminds one of males, chaffing at their treatment in the hands of colleagues and bosses at work, coming home to beat up their wives and children, to release their frustration and anger. These episodes (Page 143 and Page 145, for example) do not show that Dr. MMS could grow a spine if he wanted to but merely accentuate his failure and unwillingness to confront the real problem – his inability to carve out the power and space that is due to a Prime Minister of a nation of more than one billion people.

Sanjaya Baru credits the Prime Minister for having consciously acted in favour of the Rural Employment Guarantee Programme and the farm loan waiver announced in December 2007 and included in the budget for 2008-09. Since the book has been published in 2014, Dr. Baru should have included the evidence of pervasive moral hazard that the loan waiver has spawned that two researchers from World Bank have uncovered (‘The Economic Effects of a Borrower Bailout: Evidence from an Emerging Market’, Xavier Gine and Martin Kanz, November 18, 2013). As a person who has read a lot and has thought deeply about many issues (in T.N. Ninan’s words), the PM should have come up with a more sustainable solution to the problems of farmers. That was not done then or in subsequent years.

It would be unfair on my part not to point the two or three instances in which Dr. MMS comes out looking rather good. While Sanjaya Baru, as PM’s media advisor, is justifiably happy and proud of the first media conference of the Prime Minister in September 2004 and his address to the US Congress (Page 210), the things that bring an appreciative nod out of the reader for Dr. MMS are: His disarming the Communists on their opposition to the Indo-ASEAN free-trade agreement (Page 76) and his address to the Indian Foreign Service probationers in June 2008 (Page 242)

In fact, by the time I had read up to Chapter 8, I was not even sure if Dr. Baru was really trying to resurrect the image of Dr. MMS or trying to bury it because whether he intended or not, Dr. MMS’ record, as documented in the book (and as we know) was underwhelming. But, he did preserve the good bits for the end. Chapters 9-12 paint Dr. MMS in glorious light.

Those last chapters suggested that Dr. Baru had imbibed the lesson from Professor Daniel Kahneman rather well. Daniel Kahneman and many other behavioural scientists like him have documented the human beings’ innate tendency to go by ‘peak-end’ recollections rather than the duration of experience (Example: a 50-minute concert in which the first 48 minutes featured the finest singing with the last 2 minutes of poor singing will be recalled less as a pleasant experience than another concert which featured far less time of fine singing but featured one peak song rendered very well and a grand finale.)

He had reserved the best of Dr. MMS for the end (Chapters 9-12) – the Manmohan Singh doctrine on foreign policy (Page 165-166), his initiatives to strike peace with Pakistan (making borders irrelevant) and the pursuit of nuclear deal with the United States. To give credit where credit is due, the Indo-US nuclear deal was a visionary initiative of George Bush (Jr.), the former President of the US. Vajpayee had begun the strategic dialogue. To his credit, Dr. MMS saw the significance and potential and ran with it. T N Ninan too correctly records this in his Op.-Ed. mentioned earlier.

Incidentally, that Sanjaya Baru does not fall for typical Indian pseudo-secular and anti-US formulations is evident in his remarks on former President Bush (why make fun of a man who actually thought that Indians were the good guys – Page 238). That is a powerful evidence of the overall open-mindedness of the author towards the issues he has dealt with, in the book. Another example is his crediting the NDA with leaving the economy in good shape (Page 138).

But, coming back to Dr. MMS, in each of these areas of ‘success’ for Dr. MMS covered in detail in chapters 9 to 12, he had left the task either unfinished or the success has been replaced with huge question marks. Broad support for peace with Pakistan was undermined by his own remarks at Sharm el-Sheikh and the inability to ensure (thorough diplomacy or otherwise) that Pakistan lived up to Indian expectations and wish-list on cross-border terrorism. On the nuclear deal, the Civil Nuclear Liabilities Bill has meant that India has put off suppliers from many countries and not just the United States.

Mind you, I am not opining on the current Indian stance on these issues. Ultimately, a good leader is judged by the final outcome and not just for passing intermediate milestones. Most importantly, the cornerstone of his doctrine – sustained economic growth and economic vigour in India – lies in tatters. Dr. Baru mentions more than once in the book that Dr. Singh believed that money did not grow on trees (Page 139, for example). But, his government acted as though money not just grew on trees but almost everywhere. Sanjaya Baru makes this point too in Page 157. That is just one example of the complete failure of Dr. MMS in a matter that was supposedly dear to him.

While Sanjaya Baru tries to paint UPA-1 as a success story and UPA-2 a disaster simply because Dr. MMS chose to yield space in UPA-2, I doubt if he succeeds in doing so. The many failures, weaknesses and limitations of the PM that he documents were evident in UPA-1 and they laid the foundations for what transpired in UPA-2. The groundwork was laid in UPA-1 and the book confirms what many of us were writing from 2007 about them. Incidentally, it was not just Dr. Shankar Acharya who was writing about the creeping populism of UPA-1 (Page 158).

Finally, while I thought that Sanjaya Baru was scrupulously following the Kahneman finding (the importance that human minds attach to peak-end experiences), chapter 13 and the Epilogue make me wonder if I was wrong to think so. They do leave the reader with sadness and bitterness about Dr. Manmohan Singh.

Dr. Manmohan Singh was first Indian Prime Minister, after Jawaharlal Nehru, to win a re-election after serving a full first-term and with an improved mandate. So many possibilities and with so little to show for it …

In the end, the book leaves the all-important question of who or what had a claim on Dr. Singh’s loyalty unanswered. I have my answer but you can form your own.

Dr. V. Anantha Nageswaran is the Fellow for Geo-economics at the Takshashila Institution. Republished from Pragati under Creative Commons License 3.0.