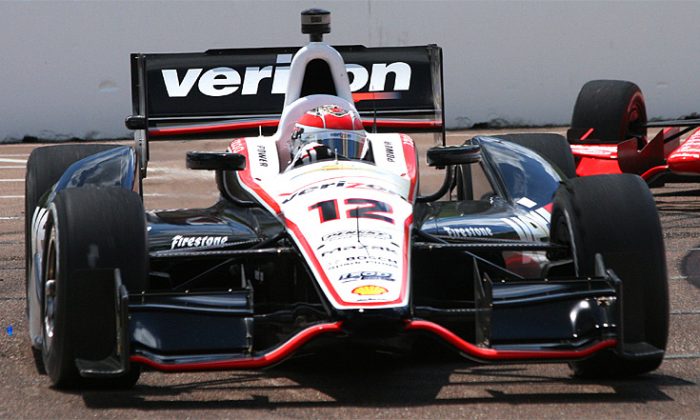 Will Power came from twelfth on the starting grid to win the IndyCar Toyota Grand Prix of Long Beach, giving both Penske and Chevrolet power with three poles and three wins in three races.

Power and all other Chevy-powered cars were penalized ten grid spots for engine issues, but it didn’t slow the speedy Aussie, who took the championship points lead.

“After last week you can never say never, but I thought it would be very tough to win the race,” Power told NBC Sports. “Once again good strategy: ran hard when we had to. At the end there we had to save so much fuel to get there, but so happy for the Verizon guys and the Chevy guys—it just worked out. We got a penalty and we overcame it.

“I’ve been trying to win this race for four years and now I’ve done it. That was one of my best wins, I reckon; I love this.”

Power drove fast while still saving fuel; he finished just ahead of Schmidt/Hamilton driver Simon Pagenaud who finished only .89675 seconds behind.

“We actually used some fuel to get around people,” Power explained. “Then Tim [Cindric, race engineer] was telling me you’ve got to save fuel and just did everything I could to be as quick as I could while saving fuel and that was the result.”

Pagenaud took second ahead of James Hinchcliffe, who inherited the position from Andretti Autosport teammate Ryan Hunter-Reay, who was penalized 30 seconds for spinning then third-placed Takuma Sato on the last lap. The RLL driver would have had the best IndyCar finish of his career; he ended up eighth.

Had Sato finished behind Pagenaud, Honda would have had two teams on the podium. Instead, Chevrolet got eight in the top ten. The highest-placed Lotus-powered driver was Dreyer & Reinbold’s Oriol Servia in 16th.