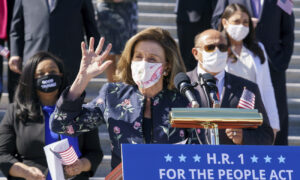 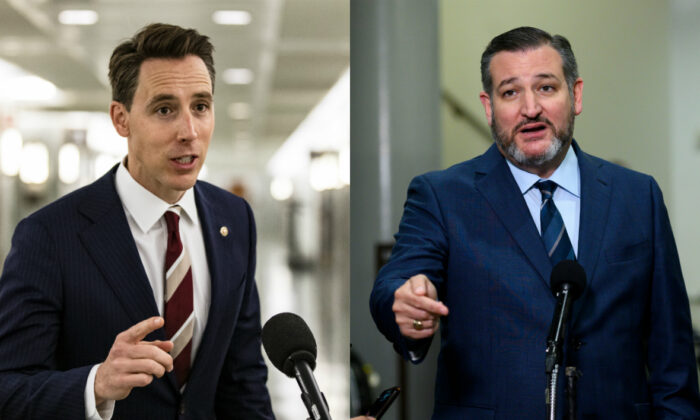 “In my nine years in the Senate, I’ve received $2.6 million in contributions from corporate political-action committees. Starting today, I no longer accept money from any corporate PAC. I urge my GOP colleagues at all levels to do the same,” Sen. Ted Cruz (R-Texas) wrote in an op-ed.

Cruz said he was disenchanted with corporations after dozens criticized an election reform bill passed in Georgia. Major League Baseball, because of the legislation, moved its All-Star Game to Colorado.

“For too long, woke CEOs have been fair-weather friends to the Republican Party: They like us until the left’s digital pitchforks come out. Then they run away. Or they mouth off on legislation they don’t understand—and hurt the reputations of patriotic leaders protecting our elections and expanding the right to vote. Enough is enough. Corporations that flagrantly misrepresent efforts to protect our elections need to be called out, singled out and cut off,” Cruz wrote.

“Yes! Corporate America has put Americans last. They ship our jobs to China, mock middle America’s way of life, try to control our speech and run our lives. It’s time we stood up to them. I won’t take corporate PAC donations & I’ll fight to break up their monopoly power,” he wrote on Twitter.

Rep. Matt Gaetz (R-Fla.) said he was the first Republican in Congress to swear off all federal PAC money. He thanked Cruz for following his lead.

According to a tracker from the previous Congress, 62 members promised not to take corporate money.

According to filings with the federal government, corporate committees doled out over $400 million in the 2020 election cycle. That was the highest amount among a certain set of PACs. Labor committees sent $385 million in spending.

No other Republicans immediately joined Cruz and Hawley.

“Elections costs money, so we’ll take that money at the NRSC,” he said.

Sen. Marco Rubio (R-Fla.), who ran in 2016 like Cruz, told Forbes he would not reject money from corporations, even those he’s directly criticized. “If they want to support us, that’s great,” he said.

Reps. Jared Golden (D-Maine) and Josh Harder (D-Calif.) unveiled a bill earlier this month that would ban all corporate PACs, arguing they have too much power.

“Throw a rock in any direction from Capitol Hill and you’ll find a corporation looking to buy somebody’s vote. It’s corrupt, it’s just plain wrong, and it has to stop,” Harder said in a statement. “If this place is going to start working for the people, it’s got to stop working for the big money corporations.”