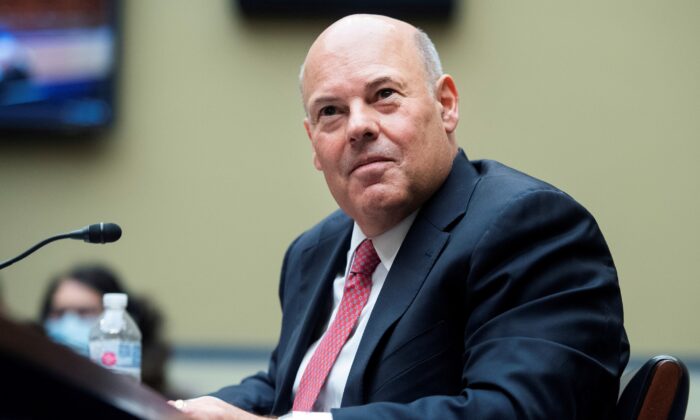 Postmaster General Louis DeJoy vowed timely package deliveries during what’s expected to be a busy Christmas season, telling the Marketplace Morning Report podcast on Nov. 17 that the U.S. Postal Service (USPS) started planning early and boosted capacity, “so tell all your listeners to send us their packages.”

Asked by program host David Brancaccio whether he expects a “nightmare to come” in terms of postal deliveries during the looming peak season, DeJoy insisted, “we’re ready.”

“It’s going to be a great season for the American people and for the Postal Service system, demonstrating its ability to perform,” said DeJoy, who has begun a plan (pdf) for the USPS to improve service and reverse what is projected to be $160 billion in losses over the next 10 years.

“We started early this year with our planning and we’ve expanded capacity and people, facilities, automation, and transportation,” DeJoy said. “So tell all your listeners to send us their packages. We’re going to deliver them.”

USPS has been working to improve its performance, DeJoy said at a Nov. 10 meeting of the Postal Service Board but noted that it likely wouldn’t hit its standard of 95 percent on-time delivery until the 2023 fiscal year.

Still, he promised there wouldn’t be a repeat of last year’s delay-plagued December, when the post office delivered only 38 percent of nonlocal first-class mail on time.

“We were overwhelmed,” DeJoy said of last year’s delays, blaming inadequate infrastructure to deal with a pandemic-fueled surge in package volume, high employee turnover, and legacy operational inefficiencies, which all came together in a perfect storm during peak season.

“When I joined, we were an organization in crisis,” DeJoy told Marketplace. “Much different story this year—we’re ready.”

The 10-year USPS reform plan, which features around 200 separate initiatives across every function in the organization, includes cutting waste, raising postage rates, and slowing delivery standards for first-class mail.

“We cut waste in operations by $35 billion. We have a new way to adjust the packaging business, and gain $25 billion in net revenue,” DeJoy said, adding that pricing adjustments would pull in another $45 billion over the next 10 years, all with a view to reaching break-even operating performance.

“We are excited about where we’re going,” he said, adding that he thinks “there’ll be a good place in the American economy for the Postal Service.”