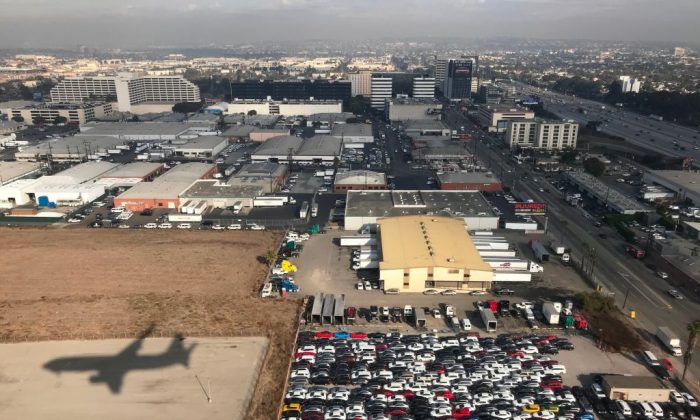 A Facebook post about strangers helping a mom in distress at an airport in California has gone viral.

According to the post, a mother traveling from Los Angeles to another airport was struggling to contain her toddler, who was having a “total meltdown” at the gate area.

The little boy was “running between the seats, kicking and screaming, then lying on the ground, refusing to board the plane,” said Beth Bornstein Dunnington, who made the post.

Dunnington noted, though, that bystanders were acting with compassion instead of judgment.

“The mother finally sat down on the floor and put her head in her hands, with her kid next to her still having a meltdown, and started crying. Then, this gorgeous thing (I’m crying just writing this) … the women in the terminal, there must have been six or seven of us, not women who knew each other, approached and surrounded her and the little boy and we knelt down and formed a circle around them,” she wrote.

“I sang ‘The Itsy Bitsy Spider’ to the little boy … one woman had an orange that she peeled, one woman had a little toy in her bag that she let the toddler play with, another woman gave the mom a bottle of water. Someone else helped the mom get the kid’s sippy cup out of her bag and give it to him. Only women approached.”

Dunnington, a writer and mother herself, told ABC News that she thinks the post has gone viral because people “seem to be craving simple acts of kindness right now.”

She said that she hopes her post will inspire random acts of kindness in others.

People commenting on the post lauded everyone who helped the mother.

Best story ever. Yes, women can & will save the world, wrote one user.

“Beautiful Beth thank you for sharing with us we all need to hear inspiring things like this especially right now,” added another.