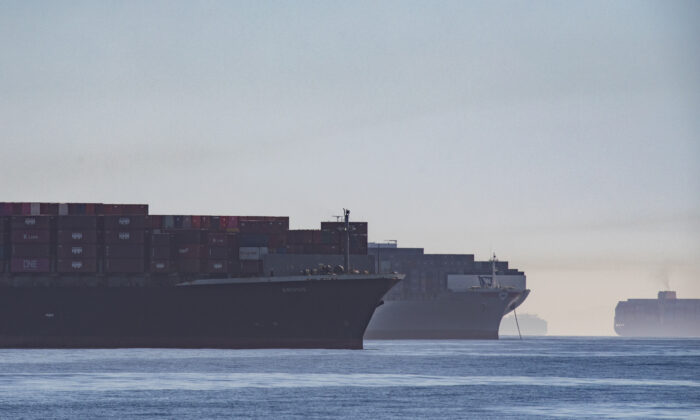 HUNTINGTON BEACH, Calif.—A “light sheen” was spotted Nov. 20 off the coast of Huntington Beach—in the same region as the October leak that spilled thousands of gallons of oil into the ocean.

The sheen, measuring about 30-by-70 feet, was reported to the U.S. Coast Guard at about 12:15 p.m., the agency’s public information officer said.

“It’s right where the other incident occurred,” the official added.

The Coast Guard is calling the sighting a “light sheen, not a slick.” Such sheens are often seen when diesel gas is spilled, but the cause of Saturday’s sighting has not been determined yet, the Coast Guard said.

Pollution responders, aircraft, and boats from a unified command were dispatched to the site to investigate the report, the USCG tweeted. The command includes personnel from the Coast Guard and the California Department of Fish and Wildlife.

The Huntington Beach Fire Department said it was prepping and will have on standby “preventive equipment, as necessary.” The department also deployed a safety boat to evaluate the surrounding area.

An underwater pipeline was determined to be the source of the October leak that spilled thousands of gallons of oil into the ocean, forcing the closure of beaches and harbors across Orange County.

That leak was first reported Oct. 2. USCG and National Transportation Safety Board investigators have identified a cargo ship named “Beijing” as a vessel involved in an “anchor-dragging incident” in January that may have contributed to the October leak.

Investigators boarded the vessel Thursday at the Port of Long Beach.

According to the Coast Guard, investigators determined the ship “was involved in a January 25, 2021, anchor-dragging incident during a heavy weather event that impacted the Ports of Los Angeles and Long Beach.” The anchor-dragging occurred “in close proximity” to the underwater pipeline.

Beijing’s owner, Capetanissa Maritime Corp. of Liberia, and operator, V. Ships Greece Ltd., have been named “parties in interest” in the investigation, a designation that allows the companies to hire attorneys and examine witnesses in the probe of the spill’s cause.

In mid-October, the owner and operator of another ship, the MSC DANIT, were also named “parties in interest” in the investigation, also due to an “anchor-dragging incident” on Jan. 25 near the pipeline.

The rupture caused a leak estimated at about 25,000 gallons.

Authorities said the investigation is continuing and “multiple pipeline scenarios and additional vessels of interest continue to be investigated.”