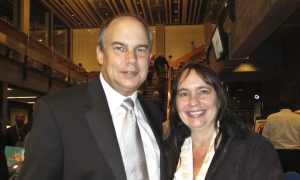 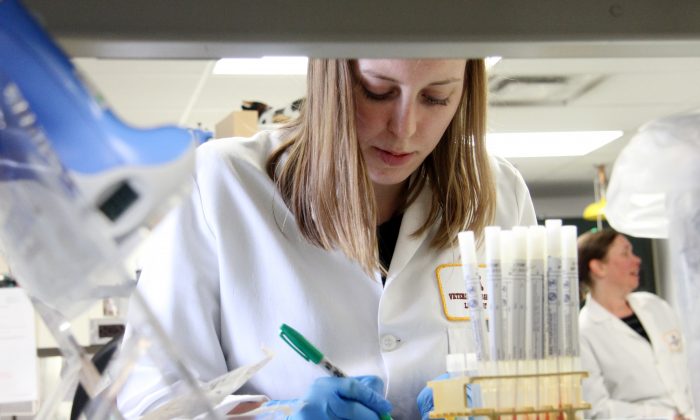 Amanda Falkstein, junior scientist, set up a few sample tubes at the University of Minnesotas Veterinary Diagnostics Laboratory in St. Paul, Minn., on Wednesday, April 8, 2015, in the same process used to test for avian influenza. Federal authorities have confirmed that a ninth Minnesota turkey farm has been hit by a form of bird flu that's deadly to poultry. (AP Photo/Minnesota Public Radio, Riham Feshir)
US

GAITHERSBURG, Md.—Police are trying to determine whether an explosion inside a Maryland federal laboratory that injured one person was the result of an effort to make drugs.

National Institute of Standards and Technology spokeswoman Gail Porter says the explosion was reported Saturday night at one of the laboratories in Gaithersburg.

Porter says a security officer was treated and released from a hospital after suffering injuries that were not life-threatening.

Montgomery County police spokesman Capt. Paul Starks says the chemical reaction might have been caused by the manufacturing of drugs.

Starks says no one has been charged in connection with the incident.

NIST, founded in 1901, is one of the nation’s major physical science laboratories.