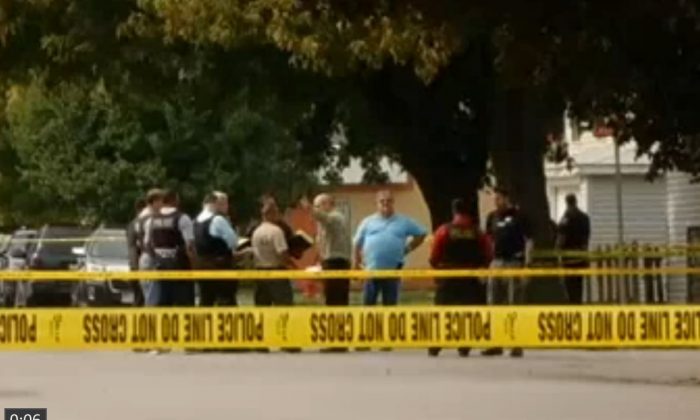 A screenshot of NBC Chicago shows the scene in Posen, Ill.
US

A man opened fire on his ex-girlfriend and several others in the suburban Illinois city of Posen, prompting police action.

The Chicago Sun-Times reported that Threets was pronounced dead at a local hospital.

According to ABC News, Sammons earlier in the day was attacked by Threets, who was allegedly wielding a screwdriver. She was hit at least once before she escaped.

Officers found the suspect hiding in the garage in a neighbor’s garage.

“He didn’t go into the house. Just the garage because it was open,” the woman, Therese Kolodziej , told NBC.

Local man Miguel Perez, 29, described Posen as “a nice, quiet town.” He added, “Nothing like this ever happens here. I’ve been here 14 years.”

“I’ve lived here since I was 10. It’s very quiet. Nothing happens here. They call this street (Sherman Avenue) ‘Mayors’ Row’ because many mayors have lived here,” said a local woman, 71, reported the Sun-Times.