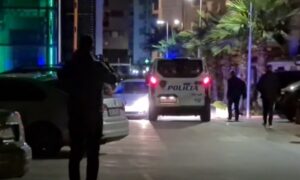 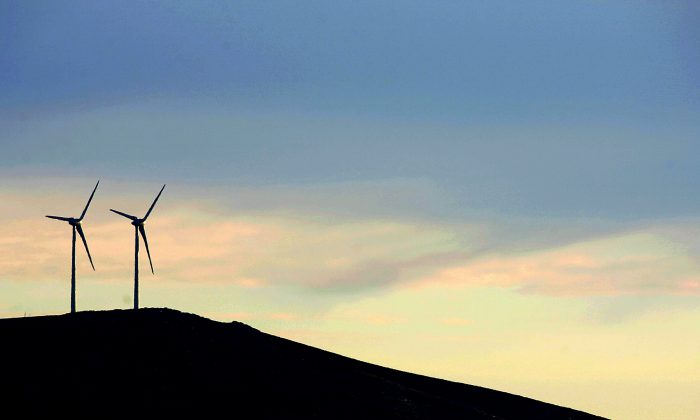 Windmills are seen 12 January 2006 near Villa Real, 407 kms northeast of Lisbon. Portugal is turning to wind, wave and solar power to reduce its huge dependence on oil imports and meet its international commitments to reduce carbon dioxide emissions. The bulk of the 2.5 billion euros (2,9 billion dollars) in private and public funds that the government of Prime Minister Jose Socrates set aside in July 2005 to develop renewable energy will go toward wind energy development. (Photo credit should read NICOLAS ASFOURI/AFP/Getty Images)
Europe

All of Portugal Is Powered by Sun, Wind, Water for 4 Days Straight

Portugal was able to sustain its nation of 10.4 million people completely on renewable energy for a record four whole days.

From 6:45am, local time, on May 7 until 5:45pm on May 11, the electricity grid of the Iberian nation was sustained completely by solar, wind, and hydro power, according to data from Portugal’s National Energy Network (REN)

Portugal, who in 2014 had a population of 10.4 million, has a rapidly expanding renewable energy industry.

According to European statistics, Portugal generated only 23 percent of its electricity from solar, wind, and hydro sources in 2013.

Yet, in 2015, Portugal generated 22 percent of its electricity from wind power alone, according an Portuguese Renewable Energy Association (APREN) analysis of REN data.

Renewable energy made up 30.7 percent of Portugal’s electricity production in 2015.

On May 16, Bloomberg reported that Germany was able to supply 45.5 gigawatts of its 45.8-gigawatt power demand on May 15.

Bloomberg noted that the price of power on the European Power Exchange even turned negative for a number of 15-minute intervals on May 15.

As The Guardian pointed out, this means that European energy consumers were effectively being paid to use power during those intervals.