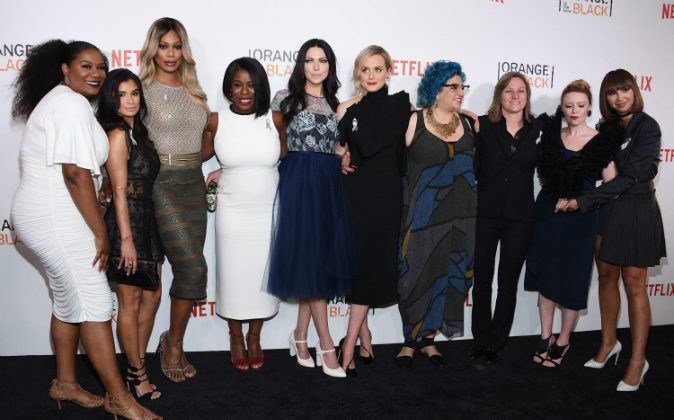 Portrayal of Veterans in ‘Orange Is the New Black’ Is Offensive, Say Vets

The fourth season of popular series “Orange is the New Black” is catching some flak from military personnel for its portrayal of veterans.

Air Force veteran Tahlia Burton considers herself a big fan of the show, but lambasted the way it uses veterans as the new batch of prison guards, in an essay posted on Task & Purpose.

Burton described a scene she found particularly troubling, where a fictional Afghanistan veteran named Dixon recounted his days overseas to a correctional officer. Dixon described that he’d “just grab a farm kid from a grape field, and you make him juggle live grenades until one of them blows up,” then finishing the kid off with rounds of bullets.

“This behavior is so egregious—so counter to the conduct of American forces in its recent wars—it is unrecognizable to me as a veteran,” wrote Burton. “People who commit acts as terrible as what Dixon describes are not walking the streets, and they’re certainly not emblematic of all veterans.”

She said, “‘Orange is the New Black’ had no problem using veterans as an embodiment of violent, sexist, inhumane behavior.”

Burton called the depiction damaging to the military community.

John A. Biedrzycki Jr., the national commander of the Veterans of Foreign Wars of the United States (VFW), said the writers and production team should apologize.

“America has tens of thousands of troops currently deployed into harm’s way, and millions of others who have successfully transitioned back into society,” said Biedrzycki Jr., “but the writers and producers chose instead to offend them all just to fit a storyline that needed new villains.”

He added, “Freedom of expression or not, the VFW will not give anyone a free pass to defame those who wear the uniform.”

DAV (Disabled American Veterans) also released a statement, saying Hollywood should use its platform to positively show the lives of veterans.

“I think it would be good to have more women veterans represented in roles that break down stereotypes about what veterans look like,” said Dan Clare, DAV’s national director of communications. “At the end of the day, Hollywood’s job is to entertain people. It’s not fair to ask that veterans only be portrayed as war heroes. But if you want a fair portrayal, or even if you want to give us ‘worts and glory,’ at least give us some glory.”

Clare reiterated the importance of representation in Hollywood, asking writers and producers to be more self-aware when telling the stories of others.

“Your show or movie may be a rare point of reference that can shape the opinion of your audience. Try to be fair. Veterans are, on the whole, civic-minded people who want to get back to work and contribute to society,” he said. “It’s not fair to stereotype or misrepresent their service.”

The fourth season premiered on June 17 and was watched by 6.7 million viewers during the opening weekend, according to Nielsen. It has been renewed for three more seasons.

“Orange is the New Black” was snubbed by the Television Academy this week, receiving zero nominations for this year’s Primetime Emmy Awards.