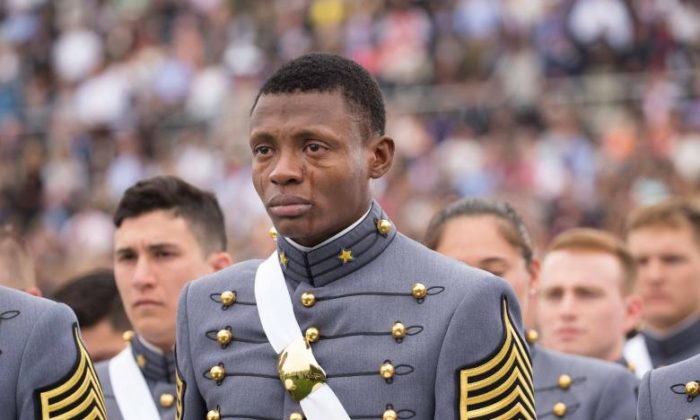 Character must be the heartbeat of America.

It is critical to the reawakening of the nation.

It is the quality that represents the ideals of the nation and the goodness of humanity.

Each person that is honored to call America home must continually reflect on living a life of character.

We must also have our eyes wide open and appreciate all who reflect the ideals of character in our society.

Diamond in the Rough

The term “diamond in the rough” is sometimes applied to an individual with hidden qualities that have not yet been polished to stand out.

A diamond in the rough is often a person who appears harsh.  Yet, with some polishing this person can be developed to express acts of charity, benevolence, and compassion.

In my opinion, the term can also be applied to individuals who stand out as portraits of character in a society that can at times be callous, indifferent, and superficial.

As rough as the culture may appear, these individuals shine like diamonds, and their character has the power to illuminate, inspire, and reawaken society.

America must pause to reflect on the critical importance of character.   We must also always appreciate the diamonds of moral decency that represent “the better angels of our nature.”

Lt. Christopher Robateau, 49, Jersey City Police Department (JCPD):  On Friday morning, January 5, 2018, Lt. Robateau died after being struck by a vehicle on the New Jersey Turnpike.  Lt. Robateau, in full uniform, was on his way to work when he left his vehicle to check on the welfare of someone involved in an accident.

The JCPD Chief responded to this tragedy by stating, “Lt. Robateau’s instincts are always to help and save others and that’s what he was doing when he was struck.”

Lt. Robateau served the JCPD for 23 years.  He is survived by his wife and three children.

On the Officer Down Memorial Page website that honors all law enforcement heroes, an outpouring of sympathy was expressed.

Perhaps these words from a retired JCPD colleague who served with Lt. Robateau can help to explain the pain of losing this great man:

“This is a tremendous loss to the JCPD family.  Chris was a great cop, a better human being, a loving husband and father.”

Private First Class Emanuel Mensah, New York Army National Guard: On Dec. 28, 2017, Pfc. Emanuel Mensah was visiting home for the holidays after completing military training in Virginia.  While home, he died in a massive fire at an apartment building in the Bronx after being credited with saving four lives.

He returned into the building to help save additional lives but was unable to escape the fire.

Mensah was a permanent legal resident, whose family immigrated to America from Ghana.

This heroic soldier will be posthumously awarded the Soldiers Medal—the Army’s highest award for heroism occurring outside of battle.

According to his recruiter, Staff Sgt. Reuben Martinez-Ortiz, Mensah represented the ideals of our armed forces.

“I knew from the moment I met him his heart was as big as our National Guard family,” Martinez-Ortiz said. “He was ready to serve our nation and community. Pfc. Mensah was the embodiment of what our Army Values stand for.”

Lt. General Robert L. Caslen, Jr., the USMA superintendent stated in the announcement that all cadets being appointed, which included Idrache, “represent the best of all of us … as our mission here is to develop leaders of character.”

When the Haiti-born cadet cried while standing alongside over 950 of his classmates during his West Point graduation ceremony, the photo of his emotional outpouring went viral.

As a response to the photo, the statement Idrache released on Facebook captures the character that Lt. General Caslen referred to:

“I am from Haiti and never did I imagine that such honor would be one day bestowed on me. The second is where I am. Men and women who have preserved the very essence of the human condition stood in that position and took the same oath. Men who preserved the Union in a dark period of this country’s history. Men who scaled the face of adversity and liberated Europe from fascism and nazism. Women like CPT Griest, LT Haver, MAJ Jaster who rewrote the narrative and challenged the status quo to prove themselves worthy of being called Rangers.”

Speaking of his future, Idrache added:

“The third is my future. Shortly after leave, I will report to FT. Rucker to start flight school. Knowing that one day I will be a pilot is humbling beyond words. I could not help but be flooded with emotions knowing that I will be leading these men and women who are willing to give their all to preserve what we value as the American way of life. To me, that is the greatest honor. Once again, thank you.”

Despite the challenges of our times, there are diamonds of character among us that represent the ideals of America.

May all of us be true to character as it will inspire the reawakening of the nation.