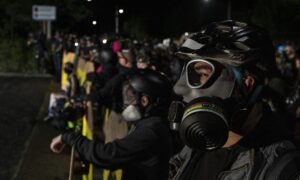 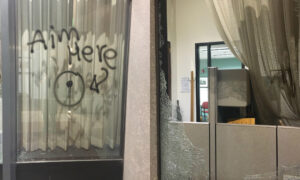 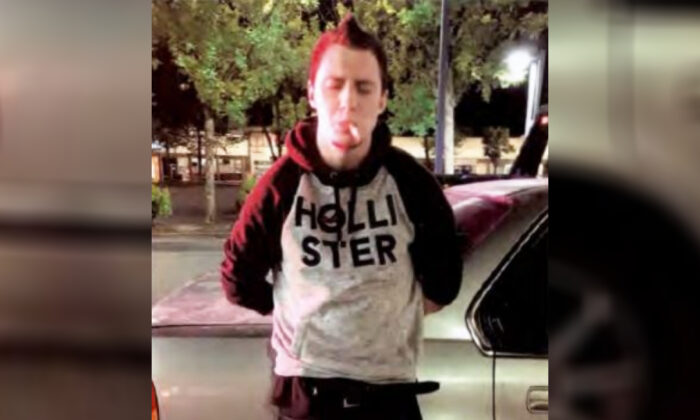 A Portland man was charged on Wednesday with assaulting a U.S. marshal using a baseball bat during a riot at the city’s federal courthouse last month.

Dakotah Ray Horton, 24, is accused of striking the federal officer in the upper back, neck, and shoulder area as officers attempted to break up a crowd in downtown Portland the early hours of July 27.

Horton was arrested Tuesday and is being held at the Multnomah County Detention Center.

The alleged incident took place outside the Mark O. Hatfield U.S. Courthouse, which has been a key target for rioters in recent weeks. Federal agents sent to the city as reinforcements to protect federal properties faced multiple attacks from violent rioters.

According to a criminal complaint, federal officers were attempting to disperse a crowd of “violent opportunists” who were using power tools to destroy the security fence in front of the federal courthouse.

Officers moved forward to disperse the group after they repeatedly ignored orders to leave the area. The U.S. marshal allegedly attacked by Horton was dressed in a clearly marked police tactical uniform at the time of the incident, the complaint states.

As the victim attempted to arrest a rioter, Horton struck him from behind with a wooden baseball bat, which caused severe bruising. The encounter was witnessed by a number of individuals and captured on several internet video feeds.

The assailant was identified after the U.S. Marshals Service on Aug. 2 issued a bulletin to law enforcement agencies in the Portland area with close-up images of his face and clothes from videos posted online.

The 24-year-old made his initial appearance in federal court on Tuesday, where he was ordered detained pending further court proceedings. If convicted, Horton faces a jail sentence of up to 20 years on charges of assaulting a federal officer with a deadly or dangerous weapon.

“Assaulting a federal officer with a dangerous weapon is a serious violent crime,” U.S. Attorney Williams said in a statement. “I applaud the tenacity of the deputy U.S. Marshals who, for multiple weeks, worked tirelessly to identify this defendant.”

“This case is a shining example how law enforcement successfully works together to pursue violent opportunists that assault federal law enforcement personnel as they are serving their community—in this case, literally protecting the institution of American justice,” added Acting Special Agent in Charge Eben Roberts.

The Epoch Times has reached out to Horton’s attorney, Gerald Needham, for comment.