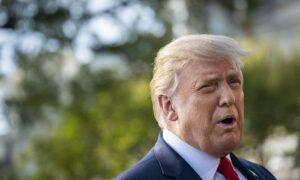 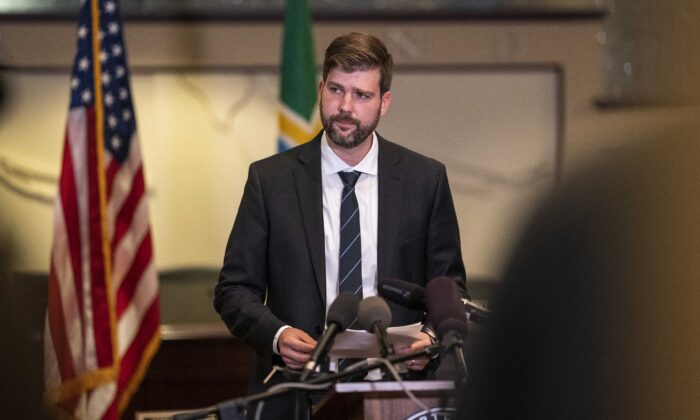 Multnomah County District Attorney Mike Schmidt’s office has rejected hundreds of charges referred by police officers who made arrests during the ongoing mayhem in Portland.

Schmidt, a self-described progressive who was elected this year, announced the numbers as he unveiled a new dashboard that will track the number of what he calls protest-related cases that are referred to his office and pursued or rejected.

The majority of the rejected cases were “rejected in the interest of justice,” or IOJ, according to the office.

Schmidt announced in August that his office wouldn’t pursue some charges against people arrested during protests or riots, including harassment and riot.

A spokesman confirmed to The Epoch Times that some of the IOJ rejections were related to that new policy, but not all of them.

The office did reject cases on the IOJ basis prior to the policy being launched and prior to Schmidt taking office.

IOJ means that “the Deputy District Attorney chooses not to proceed with criminal charges based on compelling factors or circumstances,” the spokesman said via email.

Lt. Greg Pashley, a Portland Police Bureau spokesman, told The Epoch Times via email that “it is not unusual for a District Attorney’s office to review information following an arrest, or arrests, and make a determination as to whether or not to decline the case.”

“The Portland Police will continue to serve the community the best it can, given available resources. That will inevitably include making arrests which are later declined for prosecution at the discretion of the district attorney. Meanwhile, almost 400 cases have been issued, are under consideration or may be considered pending follow up,” he added.

A spokesman for Portland Mayor and Police Commissioner Ted Wheeler didn’t respond to a request for comment, nor did the Portland Police Association, a police union.

“Increasing law enforcement resources in Portland will not solve the nightly violence and now, murder,” Clackamas County Sheriff Craig Roberts said in a statement as he rejected a request by Oregon Gov. Kate Brown to send personnel to Portland following a murder committed by a member of the far-left anarcho-communist group Antifa.

“The only way to make Portland safe again, is to support a policy that holds offenders accountable for their destruction and violence,” he added.

In part because of the policy, the Department of Justice labeled Portland as a jurisdiction that permits anarchy, violence, and property destruction.

The policy has triggered workarounds, such as the deputization of local, county, and state officers so those the arrest can be charged on the federal level.

The remaining 182 cases are pending review.

“This is a major step forward for the Multnomah County District Attorney’s Office. Transparency in the work we do is a keystone to my administration. Moving this data online for the community to easily use will have a significant impact on understanding cases that arise from mass demonstrations. I promised during my campaign that I take a smarter approach to justice,” Schmidt said in a statement.

“That work continues with the launch of this dashboard. I am committed to launching future dashboards and other public facing programs that will support data-driven and transparent decision making.”