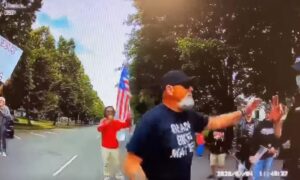 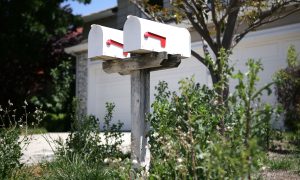 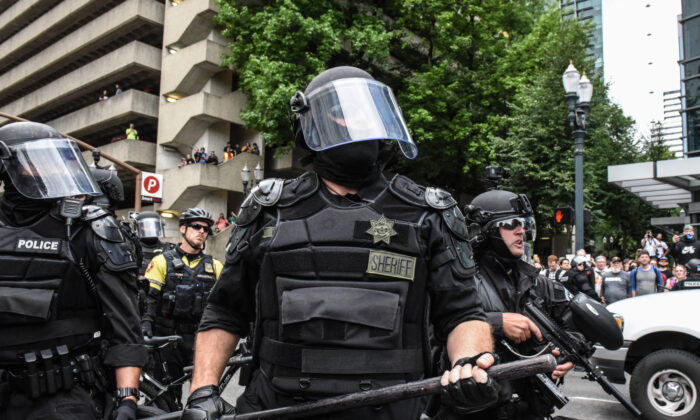 Demonstrators and self-described anarchists are attempting to form an autonomous zone—similar to the one that was set up in Seattle in June—in Portland, with some calling it the Chinook Land Autonomous Territory, or CLAT.

A Twitter account called the “PNW Liberation Front” wrote on Tuesday: “Barricade at the Chinook Land Autonomous Territory (#CLAT). People are needed here ALL night long, especially in the early morning! Get on over rn! Bring some tents.”

“The autonomous space at Lownsdale sq has also been dubbed the Chinook Land Autonomous Territory or #CLAT, which I enjoy a lot because we’re on stolen [expletive] land. So come on down to the CLAT and build some barricades and eat ribs! And stay all night!” it wrote.

The PNW Liberation Front account has attempted to organize incidents throughout the city.

Another account posted a video of what appears to be a barricade, which also features anti-police slogans, in the area.

The Police Department said in a statement that at around 9:15 p.m., the demonstrators “began blocking traffic by standing in the road at Southwest 3rd Avenue and Southwest Main Street.”

Local news outlet KATU posted photos of what appears to be demonstrators putting up tents, while it reported that about a dozen demonstrators were in the zone at 5 a.m. on Wednesday. The tents and barricades were erected at Lownsdale Square on Tuesday night, located across the street from the Federal Courthouse.

Authorities said they removed some of the barricades at Southwest 3rd Ave. and Southwest Salmon Street. Demonstrators then returned and threw glass bottles and officers, the department said.

Demonstrators and self-described anarchists set up an autonomous zone in Seattle’s Capitol Hill neighborhood in June before police dismantled it at the end of the month following several fatal shootings in the area.

Protests, riots, arson attacks, and statue-toppling incidents in Portland have persisted on a daily basis in the wake of George Floyd’s death on May 25.