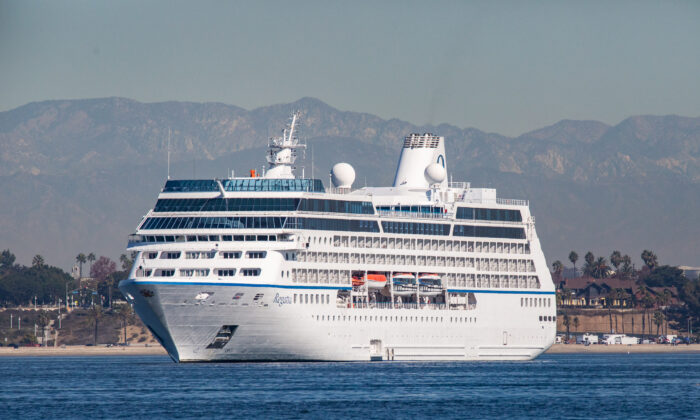 LOS ANGELES—Now that cruise operations at the Port of Los Angeles have resumed following a year-and-a-half pause due to the COVID-19 pandemic, the port expects more than 200 cruises to depart from its waterfront in 2022, the most since 2008.

Cruise operations at the Port of Los Angeles resumed on Sept. 25, with the Grand Princess cruise ship setting out for a five-day trip to Cabo San Lucas, Mexico.

Before that, the last cruise ship that set sail from the port was the Norwegian Cruise Line Joy, which left on March 15, 2020.

“Resumption of cruises from the LA waterfront is not only great news for our cruise partners and local economy, but also the tens of thousands of vacationers who will have a variety of cruise options, itineraries, and exciting destinations conveniently accessible from the Port of Los Angeles,” said Christopher Chase, marketing manager at the Port of Los Angeles on Nov. 3.

The port described Los Angeles as the nation’s largest “drive-to” cruise market, with people driving from Phoenix and Las Vegas and vacationers flying from San Francisco, Seattle, and Vancouver to board cruises.

According to the port, each cruise ship in Los Angeles contributes more than $1 million in economic activity. During a busy cruise weekend, about 20,000 travelers can enter the LA Waterfront when as many as four ships are in the port.

“Many of these cruise ships are less than five years old, and can be considered destinations in and of themselves, featuring incredible amenities that passengers of all ages can appreciate,” Chase said.

Princess Cruises’ 2022 itineraries are mainly week-long trips from Los Angeles to the Mexican Riviera, with excursions in Cabo San Lucas, Puerta Vallarta, and Mazatlan. Princess Cruise also plans to bring back its 14-day trip to the Hawaiian Islands once Hawaii lifts its COVID-19 travel restrictions.

Norwegian Cruise Lines has the largest ships serving the U.S. West Coast, with a capacity for up to 4,500 people sailing to the Mexican Riviera.