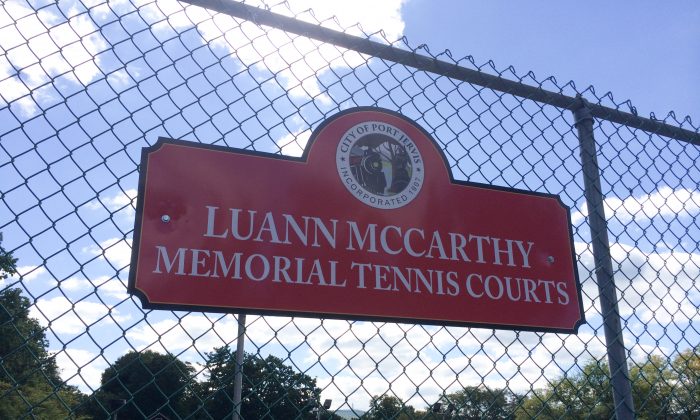 The sign on the fence of the Port Jervis Church Street Park tennis courts on Sept. 24, 2016. The courts were named after a teacher, tennis coach, and Recreation Commission member who lost her battle with cancer in 2015. (Holly Kellum/Epoch Times)
New York

McCarthy was a physical education teacher in the Port Jervis City School District, a tennis coach for boys and girls varsity, and a member of the Port Jervis Recreation Commission for over 20 years.

McCarthy died on Sept. 13, 2015, at Orange Regional Medical Center after she lost her battle with cancer at age 57.