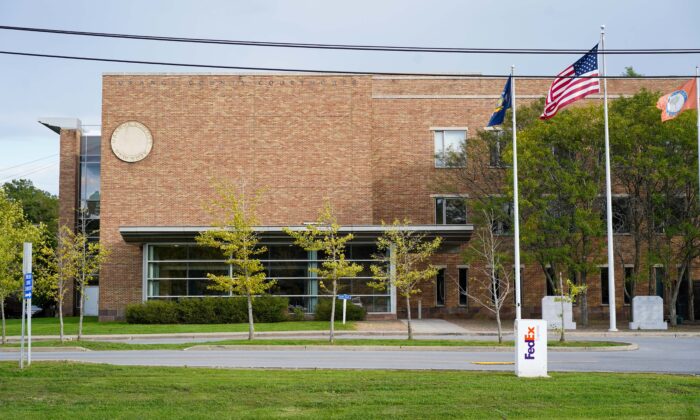 Port Jervis major drug trafficker Richard McInturff, while awaiting his sentencing in jail, committed a new crime, according to a court hearing at Orange County Courthouse on Sept. 22.

At the request of prosecutors, his sentencing date is postponed to Oct. 18.

According to a police source, McInturff committed an assault in jail.

McInturff is one of the largest fentanyl traffickers ever arrested by Port Jervis police, according to the lead detective on the case, Mike Decker.

In March 2021, when Decker and his team executed the search warrant at McInturff’s residence in Port Jervis, New York, they found nearly 8,000 two-inches-by-one-inch bags of fentanyl, he told The Epoch Times.

McInturff obtained the drugs from sources in Paterson, New Jersey; each bag can be sold for about $10 on the street, Decker said.

While in custody at the Port Jervis Police Department, McInturff tried to escape, but police caught him before he was able to run out of the station, Decker said.

In December 2021, a grand jury indicted McInturff on one major count of operating as a major trafficker, along with four other counts, including criminal drug possession, criminal drug use, escape, and tampering with physical evidence, according to the Orange County District Attorney’s Office.

McInturff pleaded guilty to two charges, operating as a major drug trafficker and escape in the first degree, in July.

His sentencing was originally scheduled on Sept. 22.

McInturff’s father, Larry McInturff, was indicted by a grand jury on one count of tampering with physical evidence last year.

Larry McInturff pleaded guilty in July, admitting that he, at the request of McInturff, concealed a keyring with keys to an apartment, which belonged to McInturff, while knowing it would be used as evidence against his son.

Prosecutors recommend that Larry McInturff serve a split sentence of six months in county Jail, followed by five years of probation, according to the Orange County District Attorney’s Office.

Larry McInturff will be sentenced on the same day as his son, on Oct. 18.

The rise of fentanyl is fueling the overdose deaths in Orange County, New York, according to a previous interview with Orange County District Attorney David Hoovler.

In 2022, nine out of 10 overdose deaths in the county were caused by fentanyl, whereas three years ago, only half were linked to fentanyl.