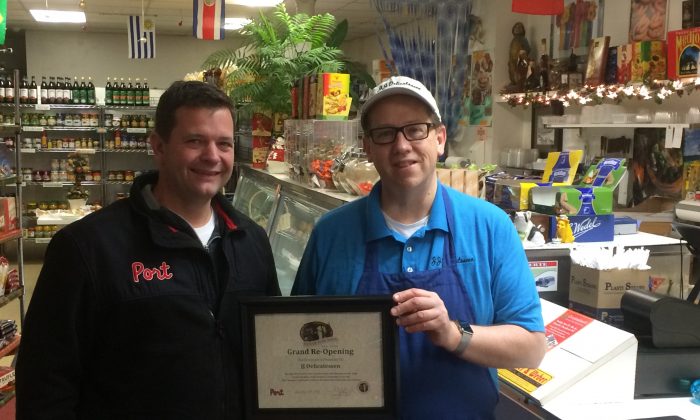 Bob Bloomer, the new owner of JJ’s Delicatessen in Port Jervis, said besides raising prices a little and accepting credit cards, he’s not planning to change much in the business.

He couldn’t give a percentage as to how much prices would rise, but he did some price shopping and saw that his Polish ham for example, which he said was much better than most in the area, was below market value.

To be honest, for the first time in many years, I enjoy going to work everyday.
— Bob Bloomer, new owner of JJ's Delicatessen

He bought the delicatessen on Oct. 26 from the former owners, a Polish couple, who wanted to retire.

He joked that it was a momentary lapse in sanity that made him buy the business in less than three weeks, but he says he is enjoying it, and so far, things have been going well.

“To be honest, for the first time in many years, I enjoy going to work everyday,” he said. “That makes a big difference.”

Most recently Bloomer lived in Washington D.C. where he worked for the Compass Group, the world’s largest food service company. He wanted to get out of the corporate world and was thinking about opening a deli in West End before he heard the delicatessen was on the market.

He knows what it takes to run a business like this, he said, because his father owned a delicatessen on Front Street for many years. Now his family helps him run it.

“I just decided I want to come home,” he said. “And I’m going to retire from here as well.”